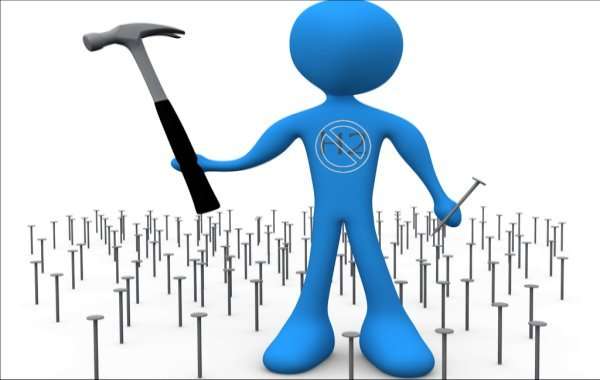 Recently here on Torque News, the "final nail in the coffin for fuel cell vehicles" was announced. Except it's only a nail if your only tool is a hammer. Here's why hydrogen is only just getting started.
Advertisement

According to an editorial here on Torque News, the fueling costs for hydrogen are the final nail in the coffin for fuel cell vehicles. For those of us who've been following alternative fuels for some time, this statement is both repetitive and amusing. After all, similar statements were made about other alternative transportation options, some of which are now decidedly mainstream in the public's eye.

This latest statement about hydrogen fuel cell vehicles (FCEVs) comes after Toyota's Bob Carter made statements about the expected costs to fuel a hydrogen vehicle. He said, in short, that the current cost is around $50 per 300-mile tank and will probably fall to $30 in the future. That future was not defined. We can assume he meant either very soon or very long-term. There is no context given or estimate made; at least not by Carter.

According to the Department of Energy, using natural gas to create hydrogen puts the cost per gallon gasoline equivalent (gge) at about $1.21. Most of the cost, currently, is in the compression and storage of hydrogen before it's used, which bumps the price (as of the DOE's 2012 estimate) to $3.68 per gge. Those are roughly the numbers Carter is using to get his $30 per 300-mile estimate.

Two things to note here: the cost of hydrogen in this scenario is closely tied to the cost of natural gas, which is currently at historic highs. Gas production, however, is also on the rise, so we can safely assume that the cost of hydrogen will drop to 2012 estimates. Thus the next few years, not tens, just three or four at most, could see Carter's estimates a reality, debunking the idea that gasoline cars would catch up (on average) in the mean time. Even with 2026 estimates of fuel economy, gas cars would not be competitive, especially if we assume (also, safely) that H2 compression and storage will also improve during that time, lowering costs.

This is not to say that hydrogen does not have drawbacks.

The aforementioned storage is one of the biggest problems hydrogen fuel cells for automotive face. Recently, great strides in tank manufacture have changed that scenario for the better. It's plausible that we could see near-zero loss storage in the very near future, at least at the automotive level. On the fueling station side of things. advances in compression methods could change how we view hydrogen at the point of sale with much of what we fuel our car with being made on-demand rather than made beforehand and stored. This would greatly simplify infrastructure in the longer term.

Now for the next bit: the battery electric argument. Battery electric vehicles (BEVs) have their place. They can and will be a large portion of the automotive market. Eventually. Someday. For now, their interest is greatly out of proportion with their actual impact on the market. The BEV makes up less than one percent of the overall automotive market. That aside, though, the arguments being made against hydrogen right now (mostly by the pro-BEV crowd), in terms of infrastructure and per-vehicle costs, are the same ones made by EV detractors just a few years ago.

It wasn't so far back that we had automotive journalists and pundits saying that the electric car would never come to fruition, realistically, because battery storage capacity, range, and costs would be too expensive to make the car viable. Yet few are making that argument now. It's apparent that there is a segment of the driving public that is willing to take a little longer to fuel, pay a higher price for the car up-front, and drive with less expected range than might have been guessed at ten years ago. The cost of batteries has also begun to drop and the technology has slowly improved to the point that, although it's a significant factor in the cost of a BEV, it's not the prohibitive factor it once was.

Now, those same arguments about the costs to both buy and refuel a hydrogen car are being made.

As for the environmental costs of the way we power either an EV or an FCEV.. well, making the argument that electricity is "cleaner" than hdyrogen is moot given that most electricity is made via coal and most hydrogen is made by natural gas - the only viable alternative to coal-fired electricity right now and in the near future.

Again, these are all short-sighted notes that give little thought to the technological progression that the FCEV will obviously make just as its BEV brother has. In the end, BEV supporters should realize that an FCEV is nothing more than an electric car with a different kind of battery in it. Arguments about which is "cleaner" or "more efficient" ignore that realities of the automotive market: that convenience and economy are the driving forces behind purchases. If the most efficient at the tailpipe, the pump, or the overall environmental impact were what mattered, the nation's number-one selling model wouldn't be a pickup truck and the Tesla Model S would be considered a dirty, un-green car.

The fact is, every major automaker is working on a fuel cell vehicle and most plan to roll one out by 2018 - many are coming next year. There are, it should be pointed out, more automakers working on FCEVs than there are pure electrics. That alone should tell naysayers where the R&D is going and what automakers think is going to happen over the longer term.

Why are they looking to fuel cells instead of batteries? Very likely it's market dynamics. Low-range vehicles don't sell and the battery technology to create long range electrics cheaply isn't there. With fuel cells, it might be.