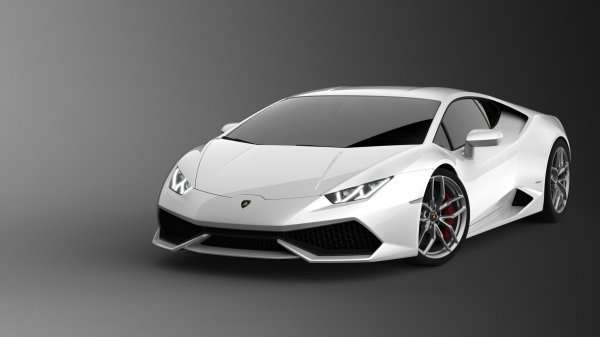 Lamborghini has unveiled the new Huracan as a successor to the Gallardo. With a 610 horsepower V10 and a 3.2-second 0-62 mph time, it's difficult to ignore this new Lambo.
Advertisement

Unveiled before its debut to the public in January 2014, the new Lamborghini Huracan LP 610-4 takes over where the Gallardo, which just finished production, left off. The new Lambo is a 610 horsepower powerhouse that the company says will redefine the luxury super sports car segment.

It will make it world public debut at the Geneva Motor Show 2014, but will be shown off to prospective buyers in over 130 private showings in 60 cities globally before then.

The Huracan was developed from scratch to continue where the Gallardo, after it's highly successful ten-year run, left things. The Huracan name, of course, comes from bullfighting as have most other Lamborghini models. The fighting bull Huracan of the Spanish Conte de la Patilla breed was known for his courage and strong sense of attack. He is a legend in bullfighting, having fought in Alicante in August, 1879, remaining defiant and invincible throughout.

With clear hints of the Gallardo in its heritage, the Huracan has similar design language and cues, has a more pure linear look offset by sharp edges. Its silhouette has a single line running from front to rear and its signature hexagonal windows are jewel-like in profile. LED lighting sets off the car's look at night, with every visible light being of light emitting diodes, a first-time this has been standard in the segment.

Inside, the cockpit features a 12.3-inch TFT instrument panel delivers everything the driver needs to know in a fully-configurable setting. Nappa leather and Alcantara adorn interior surfaces, as would be expected of a top-tier sports car like the Huracan. The dashboard and central tunnel are lightened and thinned to make for a more sports-like, cleaner interior look.

The chassis is focused on lightweighting and makes extensive use of carbon fiber, which Automobil Lanborghini has perfected over the years. Dry weight for the car is just 1,422 kilograms, giving it a power-to-weight ratio of just 2.33kg per HP. The carbon means high stiffness for superior handling as well.

The engine is a 5.2-liter V10 outputting 448 kW (610 horsepower, thus the 610 moniker) at 8,250 rpm. 560 Nm of torque at 6,500 rpm means that peak HP and torque output are relatively close together on the track. The new Iniezione Diretta Stratificata (IDS) engine uses both direct and indirect fuel injection in combination to give more power output from less fuel than the Gallardo V10 it replaces. Top speed is 325 km/h with a 0-62 mph (0-100km/h) of 3.2 seconds and a 0-200 km/h in just 9.9 seconds. The car also features Stop & Start technology to improve fuel usage in the city.

The transmission is a 7-speed dual clutch Lamborghini Doppia Frizione (LDF), which is electronically-controlled and which powers a four-wheel drive system. Driving modes can be selected by the driver from the steering wheel, resulting in variations of traction-oriented control to extreme performance on the track: STRADA, SPORT and CORSA. Each extensively modifies road behavior.

The Lamborghini Huracan will begin delivery this spring with production tooling at Lambo headquarters in Sant'Agata Bolognese going on now.