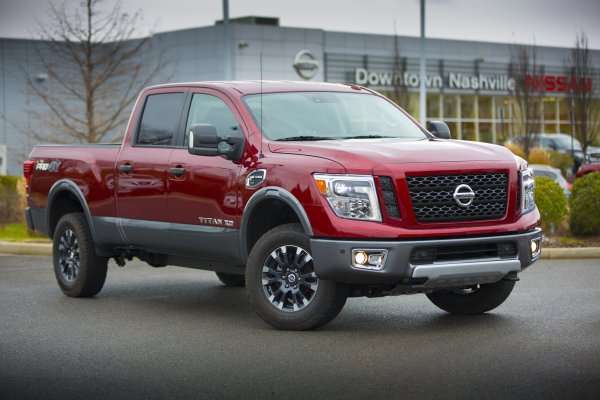 For those who were wondering where the new 2016 Titan XD would fall in the pickup truck price spectrum, the wait is over. The Titan XD is surprisingly low cost for a beefy diesel truck, starting at $40,290 MSRP.
Advertisement

Nissan has announced official pricing for the 2016 Titan XD pickup truck, the new heavy-duty half-ton with the big Cummins turbodiesel powerhouse. The XD comes in both 4x2 and 4x4 drivetrain, all powered by a Cummins 5.0-liter V8 Turbo Diesel that produces 555 foot pounds of torque. The XD comes in five grade levels in each of the drivetrain options.

Keep an eye on Torque News next week as we'll be bringing impressions from a manufacturer's press loan of the 2016 Nissan Titan XD Platinum Reserve as one of the first outlets in the country to have the Titan XD as a manufacturer's loan.

The Titan XD is an exciting new truck that has won several awards from press groups around the country, including the prestigious Texas Auto Writers Association (TAWA) "Truck of Texas" award for 2015. The Titan XD went on to win three other TAWA awards as well. It's one of three finalists in the North American Truck/Utility of the Year (NATOY), the industry's most-recognized award for pickup trucks.