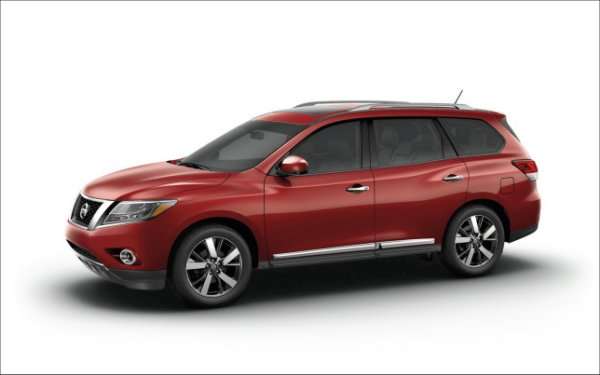 With several new additions to standard equipment in each of its four trim levels, the 2015 Nissan Pathfinder is a compelling SUV offering.
Advertisement

Nissan has announced pricing for the 2015 Pathfinder SUV, which is now in dealerships nationally. The Pathfinder saw a redesign two years ago and now sees upgrades to package content in various trim levels. Available in both two-wheel and four-wheel drive, the Pathfinder has four trim levels with a manufacturers suggested retail price (MSRP) starting at $29,510.

The Nissan Pathfinder S 2WD and Pathfinder S 4WD trims begin at $29,510 and $31,200, respectively. This trim level sees a new shift logic programming added to the Xtronic transmission as well as Hill Descent Control now standard for 4WD models, beginning at this base trim.

The 2015 Pathfinder SV 2WD and 4WD models have an MSRP beginning at $32,810 and $34,500 respectively. The SL sees the S level additions plus fog lamps, auto-dimming rearview, heated side mirrors, and HomeLink Universal Transceiver capability.

In the next trim, the 2015 Pathfinder SL has its 2WD model begin at $36,060 while the SL 4WD begins at $37,750. This trim sees all of the additions of the S and SV trims plus Blind Spot Warning, Rear Cross Traffic Alert, Around View Monitor, and standard tow hitch and harness. The SL also adds a 120V outlet as standard.

The top trim level of the Pathfinder Platinum begins at $41,410 for the 2WD and $43,100 for the 4WD. The Platinum level adds all of the items from the previous trims plus a Dual Panorama Moonroof as standard.

Other options include a new Family Entertainment Package with DVD entertainment, available for all trims, plus six new exterior colors to make for nine total available on the 2015 Nissan Pathfinder.

All prices do not include destination and handling.