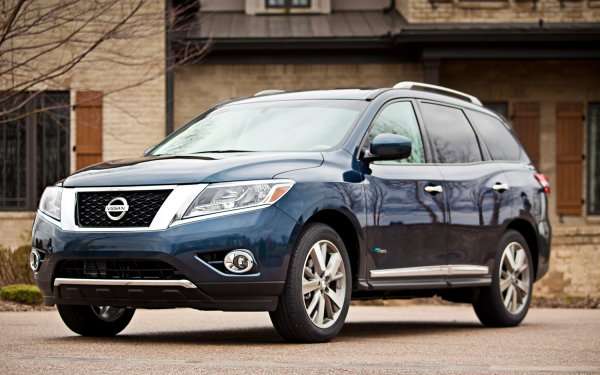 Nissan has announced MSRPs for the 2014 Pathfinder, which is now on sale at dealerships nationally. Base model begins at $28,850 with the premium model at $41,350.
Advertisement

Nissan has announced updated U.S. pricing for the 2014 Nissan Pathfinder SUV, now in dealerships. The new Pathfinder Hybrid will have its announcement soon, with non-hybrid models ranging from the Pathfinder S 2WD through eight model iterations to the top-fit Pathfinder Platinum 4WD edition.

All prices do not include destination and handling charges of $860 in the U.S. Four optional upgrade packages include the SL Tech Package, SL Premium Package, Platinum Premium Package and Trailer Tow Package.

Tesla Contemplates A New Strategy for China Retail even As Sales Boom
Jay Leno on Elon Musk & EVs: “I Think He Should Get ... Credit"
END_OF_DOCUMENT_TOKEN_TO_BE_REPLACED