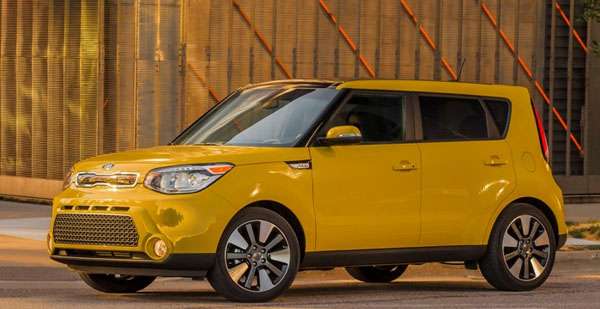 Kia is out with its sales numbers for 2013, and everything appears to be good, but there could be trouble ahead for the Korean manufacturer because sales overall are lagging behind 2012 numbers at this point.
Advertisement

As Kia posted today, it had record November sales of 45,411 units with the "all-new second-generation Soul and the refreshed 2014 model year Optima midsize sedan [leading] the way with 12,870 and 10,871 units sold, respectively. Year-to-date sales crossed the 500,000 unit mark for the second time in company history."

It's that last number that seems really impressive. By crossing the 500,000 unit mark threshold for the second time – the first time being in 2012 – Kia must be doing well as a brand. But then, one just needs to look at the numbers from 2012 to see things are starting to slip.

The problem is almost all of the models except two are flat or down from last year's sales numbers. Without the refreshed 2014 Kia Optima and the all-new 2014 Kia Soul, the brand is in trouble.

The real challenge facing Kia in the short term is how to match the 2012 sales figures of 557,599 vehicles, which is its record ever for a single year. To hit that mark it is going to have to sell 57,000 vehicles in December, which, simply put, isn't going to happen without a ridiculous amount of incentives and fleet sales. Its best December sales month was probably 2011 when it sold 43,390 vehicles.

Are things going to get better for 2014? They should seem to because the new Kia K900 has been introduced. But, even with good sales, don't expect it to top out at more than 2000 vehicles a year because it faces stiff competition from its sister company Hyundai and its Equus, which has sold 3226 vehicles this year.

Kia is poised to stumble in 2014 with the introduction of a Kia electric vehicle. It's not even on the market yet and doubts have been raised about its range. Also, Kia is late to the game with an electric vehicle and Hyundai is largely ignoring that arena to focus on a hydrogen fuel cell vehicle. Kia is going to have to pull off a moderate miracle to appeal beyond just typical electric vehicle buyers to gain traction and increased sales.

Finally, Kia announced today it is bringing out a "long-awaited all-new minivan" in 2014. I'm a big fan of minivans (call it a character flaw) but I wonder who has long awaited an all-new Kia minivan. It seems like an odd direction for the company to head into because minivan sales in the U.S. are relatively flat and frankly owned by Toyota, Honda and Chrysler. In fact, until Kia mentioned it was introducing a new minivan I forgot it even sold a minivan.

Gavin wrote on December 4, 2013 - 12:26pm Permalink
The company has virtually doubled since 2008, production levels are now capped to put practices into place to maintain quality before the company grows any further. This lag will probably continue for the next 18-36 months.