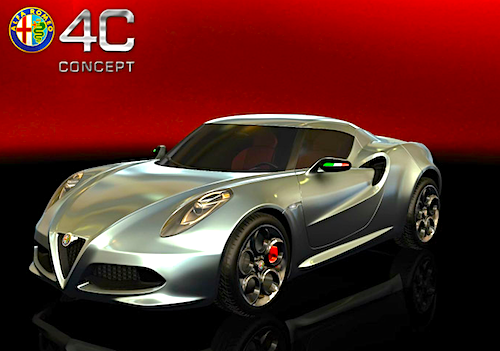 What Will Fiat Do With Alfa Romeo?

It’s hard not to recognize the long lasting international meaning Alfa Romeo has in the world of Automobile. But what is Fiat doing with this unique heritage?
Advertisement

Alfa Romeo has always been different, a little unique and has gone from successes to financial hardships. The financial problems were supposed to be a thing of the past when Fiat acquired the assets of the venerable company a few decades ago. But so far, what has Fiat done with it?

The Last True Alfa Romeo. The 75, or Milano as it was known in the US was the last, true Alfa Romeo. It was entirely designed by Alfa Romeo, based on the famous GTV6 platform and would sport the same engine configuration. Then Alfa had a string of successful cars afterward, including the 156 that did very well, especially in the DTM series. Slowly, Alfa Romeos became smaller, with the exception of the stunning 159 and its stations wagon version. The cars borrowed more and more Fiat parts and adding a GM block for its V6 after the nasty GM/Fiat divorce as the ultimate slap across the face for the purists.

Alfa Romeo Today. Alfa Romeo today is a little bit of a puzzle. It was the winner of impressive four prizes at the Concorso di Eleganza in Villa d'Este with the mouth watering 4C and the ultimate sixth series 1933 6C 1750 GS models. The Alfa Romeo 6C 1750 GS also won the Coppa d'Oro, a recognition granted by referendum in Villa d'Este, as well as the "Concorso d'Eleganza Best of Show" awarded by the jury and another prize voted for by the public.

This car is an especially rare model coupé designed by the Figoni coach builders and presented for the first time in Paris in 1933. A lightweight version of it took first place in the Le Mans 24 hour race in its category in 1935 and between 1929 and 1933, Alfa Romeo produced a series of sports cars for use on the road and in competition, specifically the 1750 6Cs, where "6C" referred to the 6 in line 1752 cm³ cylinders. Originally developed by designer Vittorio Jano, the 1750 6C was presented in Rome in 1929, and over the four years which followed, it was continually updated and improved, with six successive series. The vehicles produced were for the most part sold as complete chassis and outfitted by specialist firms, many of them with open two-seater bodies. These are the cars that challenge the world domination of Bugatti successfully.

I drove the amazing 8C Competizione a few years ago and felt finally the brand was set to shine again. Although the 8C borrowed the platform and drivetrain from the Ferrari donor that is also used by Maserati, albeit reworked by the Alfa engineers, I couldn’t help but shake the thought, what would the team develop had they had the funds?

Fast Forward The Present. What do we have to look forward today is the Alfa Romeo 4C, which was awarded the "Design Award for Concept Cars & Prototypes" by referendum of the public in Villa d'Este. This is the brainchild of the Alfa Romeo 8C Competizione and the 8C Spider. The 4C represents the essence a of true sports soul in accordance with the brand's values, which were always performance, Italian style and technical excellence for maximum driving pleasure with safety.

But what about the Alfa Romeo Dodge Dart and the Mazda deal writen by colleague Denis Flierl? As much as I welcome a zippy Dodge that handles well and new Nissan roadster with Alfa Romeo DNA, doesn’t the company deserve more? Of course, it’s easy for us to say what Fiat should do. After all, I’m not running the company and I’m sure Marchione has his hands full trying to bring it back from the sad shape it was but I still can’t shake the thought Alfa Romeo should be brought back to its former glory. Maybe Fiat never forgave Alfa Romeo for stealing Vittorio Jano?

In the meantime, I look forward to the introduction of the 4C which will give the Porsche Boxster a run for its money. Hopefully by then Fiat will have completely reintroduced Alfa Romeo back in the US, and why not with a high-performance electric car, EV?