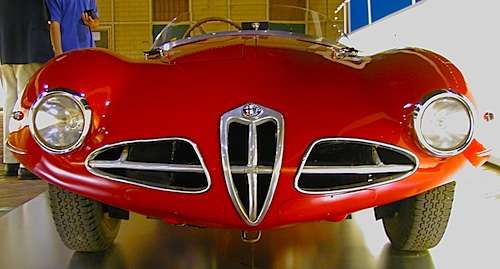 The various Pebble Beach auctions attract high caliber collector cars and redefine their ultimate value. But old classics are not the only ones there, the Infiniti Emerg-e Concept is also making its North American debut at the 62nd annual Pebble Beach Concours d'Elegance.
Advertisement

Record Monterey Auctions... Again. The preliminary results are in and haven’t disappointed. So far, auction house Russo and Steele are estimated to have reached a total result of $8.6 million, although the company has released no figures officially.

Gooding & Co. has reported a preliminary sale record of $115 million with only 108 cars sold. You do the math. This year’s result surpassed so far last year’s $78 million total. It becomes the second automobile auction in history to top $100m. Helping this record was the highly sought after 1936 Mercedes-Benz 540K Special Roadster, which reached the plump sum of $11.8m.

If you’ve read our previous article on the other surprise, the 1968 Ford GT40 Gulf/Mirage Lightweight Racing Car used as a camera vehicle in the film "Le Mans," you’ll know it set a new world record for an American automobile sold at auction, $10 million. See our
Pebble Beach Continues To Attract Top Notch Cars
This alone should have helped RM's total sales reach at least $95 million, if not more.

Finally, the Best of Show went to the 1928 Mercedes-Benz 680S bodied by Saoutchik Torpedo.

So what is the Infiniti Emerg-e Concept doing there? Pebble Beach often attracts new cars aiming to strike a powerful response within the public. In 2005, the Alfa Romeo 8C Competizione fascinated a crowd and this year, the Infiniti Emerg-e Concept might show these veteran classic car collectors that a newer technology, which, in this case happens to have stunning lines can also be part of a distant future that will one day, perhaps also become a collector’s item.

The first few Tesla Roadsters, as well as the last ones of the series have already reached the collector status, albeit in a different way than those mentioned above. But with electric cars and plug-in hybrids, a new problem arises. What do you do with a depleted battery pack? Replacing it would make the car lose its originality, so maybe keep its first one, and forgo the next ones?

Nonetheless, electric cars and plug-in hybrids might never reach the stratospheric heights an Alfa Romeo 2900 might but could be relegated to the start of a new era. After all, the first gasoline powered cars don’t fetch nearly as much as those made fifty years later.