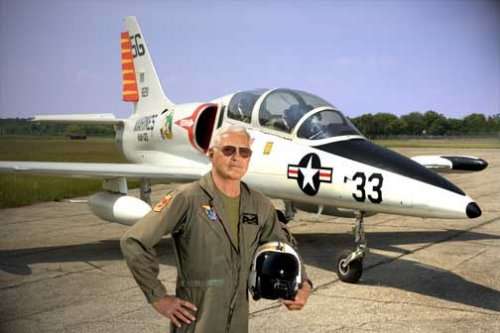 EVS26 And The Global Campaign for Consumer EV Adoption

EVS is always an interesting event to participate in. Nowhere will you see more engaged companies, startups and engineers iron out the kinks of this new electric drive paradigm. GM, BMW, Lotus, Qualcomm, Siemens, AC Propulsion all share the floor, each bringing their unique solutions and paving the way forward.
Advertisement

As EVS 26 drew to an end, the handing over of the baton is given to the next coordinator with a panel of experts closing the event. The panel included experts and fresh eyes, including the famed Bob Lutz, Former Vice Chairman, General Motors, Andy Palmer, Executive Vice President, Nissan, Dean Devlin, Producer/Screenwriter and Scott Cronce, Chief Technology Officer, Electronic Arts (EA).

The Shape Of The EV Image. Dean Devlin brought an interesting point about the sometimes ill-devised, and heavy-handed marketing concepts. Nowhere is this truer than when it comes to commercials. Case in point, he mentioned a certain commercial that showed this carmaker saying: “We had to make this car”… Seriously? “had to?” That certainly sends a pretty dubious message. Another commercial shows an electric car stopping at a gas station with one of the children asking why they were stopping since, after all they drive an EV. You guessed it, a bathroom stop. Again, not the best message either. And let’s face it, it’s just not funny, as most commercials are. The epitome for Dean was a commercial showing a car being built… instead of the final product. Now that really confuses people. Dean points out later that framing an electric car as medicine is simply inviting trouble. The whole this car is “good for you”, therefore you should do it amounts to little more than marketing scare tactics. It just doesn’t work and eventually backfires, as we have witnessed many times before.

As far as Bob Lutz, it was interesting to see him lash out at what he called a faction of the right wing shooting down the Volt. He duly notes, and rightfully so that the Volt came before President Obama and couldn’t be a Democratic incentive. In fact, he points out he had to sit down with right wing pundit Charles Krauthammer in order to explain there nothing socialistic sinister about energy security when 40% of our petroleum come form region hostile to the US. Before Bob went into his counter attack blasted the so-called “right wing” journalism, he did admit to being a conservative.

Another good point Lutz made was that you practically never hear about the 150,000 gas cars burned last year. One single Volt that had been seriously mistreated in a test lab that caught on fire gets more coverage than the recurrent 150,000 gas cars that explode a year? Even taking into consideration that there are less EVs than gas cars, the warped-reality coverage was over exaggerated.

When Will EVs Be Here? As far as the next step for EVs and particularly Nissan, Andy Palmer feels the tipping point is there and that Nissan is going into education mode. Nissan understands full well they have appealed to early adopters, now they need to go beyond and bring in the rest.

Andy also chimed in on what appeared to be a glaring hole in one of the workshops called Combined Charging System Becomes Reality was that the fast charging CHadMO is already in use. Many noticed the workshop were missing Nissan and Mitsubishi who actually have electric cars on the market.

Bob Lutz still believes the US public wants big SUVs. Maybe this can be the case in central USA where big roads and wide space rule, but things are very different in populated and dense cities.

When Will Carmakers Be Serious About EVs? Andy Palmer says that if $4B going into the development of the LEAF, then what is serious? In many ways, Nissan and Chevy stimulated the EV world and started the desire to own one. As far as EVs being profitable, Mitsubishi said they are making money on its low priced I MiEV. The real game now is making them lighter, tweaking current technology and of course, lowering cost.

Bob Lutz questioned the future of independent small starts ups. How will Tesla fare when big carmakers come in with the same products. The only way to survive would be to differentiate their products and technology, much in the same way Alfa Romeo, Ferrari and Porsche did in the gas world.

When Will EVs Become Mainstream And When Will We Know? Andy Palmer laughed and said: “I thought it was already!” He then added that the Leaf is already 25% of all Nissan made.

All in all, it was interesting seeing these experts taking a snapshot of the electric car industry on the whole and the result is that electric cars are here to stay.