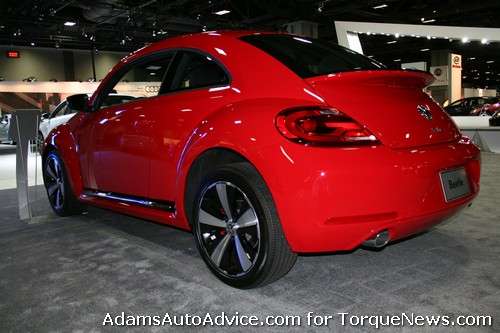 Volkswagen and Rolling Stone, the well known music magazine, have announced they will be throwing the Ultimate Tailgate Party for the Super Bowl along with 3,500 fans in Indianapolis. It sounds like it is going to be a quite an experience for fans lucky enough to attend.
Advertisement

The Rolling Stone Volkswagen Rock & Roll Fan Tailgate Party will be held at Crane Bay, which is three blocks from Lucas Oil Stadium. There will be live performances from Jane’s Addiction, The Roots, and Pete Wentz. Renowned chef John Besh will design and create a game day menu that should be delicious.

The legendary Hall of Fame quarterback Joe Montana, will make a guest appearance at the party. To celebrate the 30th anniversary of “The Catch,” Joe will throw passes to eight lucky fans in the Volkswagen end zone in celebration of one of the most memorable moments in football history. One lucky fan will even win the chance to watch the Super Bowl along with Joe Montana.

The party will also include photo and video booths so fan can update share their team spirit online across social media websites and platforms.

VW will also be shuttling fans from airports and hotels. VW has ensured free parking on site so that fans driving into Indianapolis don't have to worry when attending the Tailgate Party.

As no automaker is going to throw a party like this without showcasing their models, VW will be displaying two all-new Beetle models on center stage at the Fan Tailgate Party. The Beetles will be wrapped in colors to match the New-York Giants and the New-England Patriots, who are playing the Super Bowl.

The Rolling Stone Volkswagen Rock & Roll Fan Tailgate Party starts VW one year partnership with Rolling Stone, which will continue at other major music events throughout the year.