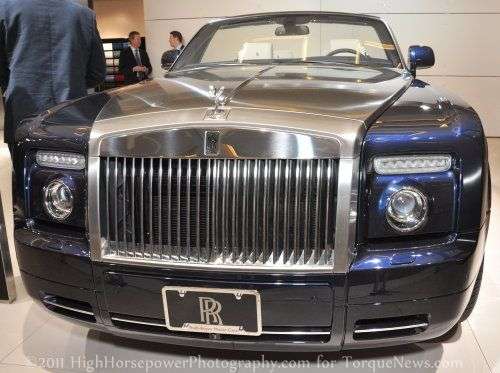 Rolls-Royce dealerships to open in South America in 2012

Rolls-Royce, the famed luxury British automaker, has announced that it will begin selling vehicles in South America. This is a first for Rolls-Royce. The company has already begun talking with potential dealers in Brazil and Chile, who are interesting in selling the company's two models, the Rolls-Royce Ghost and Phantom. The dealerships are planning to open in March 2012.
Advertisement

CEO, Torsten Müller-Ötvös, is currently touring South America, meeting with those that will be opening dealerships, as well as meeting with customers, prospects and the media. “I am delighted to announce our plans for entry into the South American market. Brazil and Chile have seen impressive economic growth, with an increasing demand from discerning customers for pinnacle luxury products. Rolls-Royce is growing very successfully in a number of fast-growing emerging markets and it is therefore appropriate that we have a strong presence in Brazil and Chile.” said Torsten Müller-Ötvös in São Paulo, Brazil.

This is a great time for Rolls-Royce to be expanding into new markets. The company has maintained strong global growth. Sales have increased by 41% between January and September in 2011, compared to the same period last year. There has been strong demand for both the Phantom and Ghost models, with double-digit growth in all regions in the first nine months of the 2011. The Ghost continues to grow the segment and is the market leader, with around 80 percent of Ghost customers new to the Rolls-Royce brand. The company has a strong backlog of orders for its vehicles, stretching well into 2012.

Other good news for the company is that it recently announced expansion plans for the manufacturing plant and facility in Goodwood, England in West Sussex. Rolls-Royce will be investing around £10 million British pounds (roughly equivalent to $15,91,000 American dollars). This is necessary to meet the increased global demand for Bespoke requests on Rolls-Royce cars, which are at an all-time high.

If you would like to see a Roll-Royce on the silver screen, go see the new movie Johnny English Reborn. “It is a character that has a function and attitude in the story. It comes to the rescue. The Roll-Royce Phantom in our film saves the world.” says Rowan Atkinson, the movie's main character and hero. “There is something about Rolls-Royce and the experience about driving them, which I just love. It's just the fact that they are lovely! It is a lovely experience getting from A to B.”