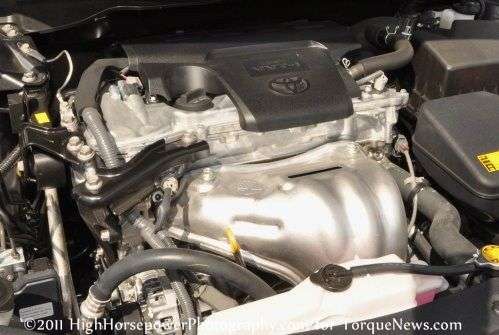 Toyota, which has been manufacturing in Huntsville, Alabama for a decade, is adding production of a four-cylinder engine at that plant.
Advertisement

“Engines now produced in Huntsville will go into eight Toyota models assembled in North America, furthering our commitment to localizing production. And by adding four-cylinder engines to TMMAL’s mix, we will be better prepared to react to changes in market demand,” said Toyota Motor Corporation Executive Vice President and Representative Director, Atsushi Niimi.

TMMAL-produced four-cylinder engines will go into the all-new 2012 Camry, Highlander, RAV4, Sienna and Venza. V6 and V8 engines are being produced for the Tundra and Tacoma pick-up trucks and the Sequoia SUV.

The four-cylinder expansion at TMMAL now allows the facility to supply engines to every Toyota vehicle assembly plant in North America except the new facility in Blue Springs, Mississippi, which is scheduled to start production this fall.

Both of Toyota’s Bodine Aluminum castings plants, located in Troy, Mo., and Jackson, Tenn., have also added capacity to provide cylinder heads and blocks to TMMAL. Combined investment of these two facilities is $25 million and 60 new jobs were created.

The Huntsville plant was announced in February of 2001 as a $220 million investment to build V8 engines. It was the first time V8 engines were produced outside of Japan. Toyota began production of the V8 engine in April of 2003. In July of that year they expanded production to include a V6 engine. They announced their intention to produce a four cylinder engine in August of 2009.