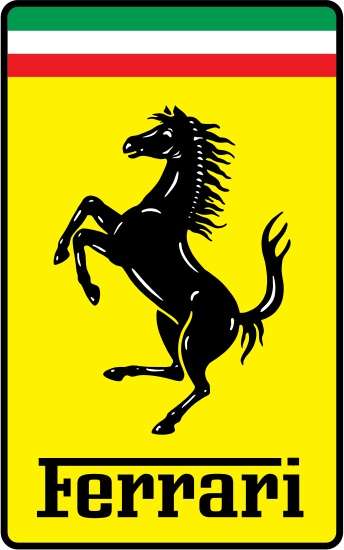 The incredible story behind the creation of the Ferrari logo (Video)

The exquisite and legendary prancing horse logo for the undeniably sleek and stunning Ferrari automobile is something about which to talk. How did the Ferrari come to use the prancing horse as its logo? Keep reading to find out.
Advertisement

Many car logos are pretty straightforward with the first letter of the name of the automaker or something similar. However, Ferrari’s prancing horse has a whole story behind its creation. The logo, which is a black prancing horse on a yellow background has a detailed and fascinating story which Enzo Ferrari told only one single time.

Ferrari has one of the most recognizable logos in the world. The logo is something for which people could make up stories as to where it came from; however, the Italian car maker has shared the story and it definitely has a lot more to it than what some savvy corporate-branding agency could ever come up with creating.

The origin of Ferrari’s gorgeous and unique leaping black stallion was much more spontaneous and thought out, not to mention, a pretty enthralling story. The video below shares it all.

According to the automaker Ferrari, Papà Enzo took the logo from an image of a red horse painted on the fuselage of Count Francesco Baracca. Baracca was an ace pilot in the Italian air force and a heroic airman of the first World War. According to Ferrari, this is what Enzo said about the logo’s derivation, during the one and only time he ever spoke about it:

“In ‘23, I met Count Enrico Baracca, the hero’s father and then his mother, Countess Paolina, who said to me one day, ‘Ferrari, put my son’s prancing horse on your cars. It will bring you good luck.’ The horse was, and still is, black. And I added the canary-yellow background, which is the color of Modena [Enzo’s birthplace].”

Fascinating true stories of the origin and molding of the prancing horse logo we see on all Ferrari cars for decades have to do with significant events that happened in 1932, when the Ferrari shield appeared for the first time on cars of the Scuderia racing team and also in 1947, when the prancing horse first appeared on the yellow background, and always with the Italian flag on the top. However, no longer within a shield, but in a rectangle with the initials “S” and “F”, replaced by the single word “Ferrari.” Thus, the Ferrari brand was born.

Camlet wrote on December 2, 2011 - 10:14pm Permalink
The curious part is that the prancing horse is possibly the same as the horse featured at the centre of Porsche's logo. The horse is part of the city of Stuttgart's coat of arms. One possible explanation is that Baracca had shot down a flyer from Stuttgart who had used the horse on his plane. Baracca honoured the downed airman and in turn Enzo honoured Baracca which has perhaps led to both Ferrari and Porsche using the same horse. If true, it's a romantic tale of times long gone.