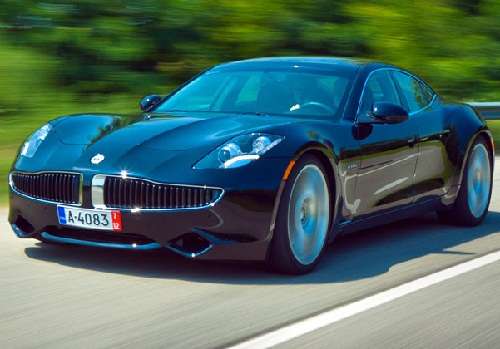 MPG Car Rental in Los Angeles will be offering for rental the new hybrid luxury sedan, the 2012 Fisker Karma. The LA car rental car company specializes in eco-friendly vehicles and is adding a truly stunning new addition to their already green fleet.
Advertisement

The company boasts a most comprehensive and affordable all green fleet of rental vehicles at affordable prices. Located in Venice, California, they make it easy and convenient to rent a car as a driver coming from LAX airport. As the leading provider of hybrid car rentals in the area, MPG is progressive, has a great reputation for being the best rental car company in Los Angeles, has great customer service and an unmatched selection of environmentally friendly automobiles.

The new 2012 Fisker Karma will be gracing the car lots of MPG Car Rental in LA soon, and MPG will be among the first car rental companies to be offering the luxury sedan. Fisker Automotive says the Fisker Karma has an unheard of fuel consumption of 100 miles per gallon, making filling the tank something drivers won’t have to very often at all. Fisker Automotives says, “If you drove an average of 50 miles or less a day, you would only have to fill up your gas tank once per year.”

The Fisker Karma is a plug-in hybrid luxury sports sedan which was first debuted at the North American International Auto Show in 2008. It is the first car from Fisker Automotive, which is a new automaker located in Anaheim, California as of September 5, 2007. The selling price for the 2012 Fisker Karmas is anywhere from $95,900 for the basic model to $109,850 for the top of the line model.

MPG Car Rental is extremely excited to be offering to rent out the Fisker Karma, but it won’t be able until mid-October. An employee at MPG stated that the store has been on a waiting list for 10-11 months now. Paul Hernandez, Manager of MPG stated, “We are really excited to get the Fisker because we will be the only car rental company in LA that will have it available to rent. We expect a lot of people to be interested in renting the car. I read that Leonardo DiCaprio was driving one. This will be a nice high end car for customers to rent when they’re in town.”