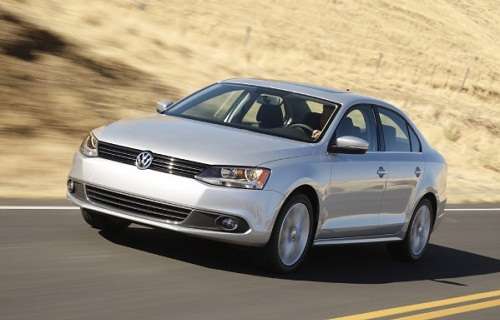 Volkswagen sales in May totaled more than 30,100 vehicles, producing the strongest sales month for the manufacturer in more than seven years, according to figures released by the company.
Advertisement

Increased sales show a gain over last year, too. May sales topped sales from May of last year by 27.9 percent.

“May was an outstanding month for Volkswagen, and breaking through the 30,000 mark without either Beetle or Passat in the mix, speaks volumes about our momentum,” said Jonathan Browning, president and CEO of Volkswagen of North America, Inc. “And I see the momentum continuing, particularly with the launch of the 2012 Passat and Beetle this fall.”

The momentum, driven by strong Jetta sales during the month with 16,671 cars rolling off dealer lots, contributed the largest volume and percentage of sales with a 58.6 percent increase. But other lines also turned in hefty numbers.

Although less in sales volume, the sport utility Touareg sold 581 units compared to 281 from last May, turning in a 106.8 percent increase.

The clean diesel TDI with its good fuel consumption rating, accounted for more than 22 percent of all the sales in May, numbering 1,731 vehicles, or 490 units more than May a year ago.
GTI sales increased by 39.5 percent with 1,731 sold compared to 1,241 last May.

Eos, the four-seat, two-door convertible with its retractable hardtop design, didn’t add to May’s bottom line. Its sales fell 2.8 percent to 854 units compared to 879 a year ago.
“The notion that making German engineering more accessible,” Browning said, “is striking a cord with our customers, as evidenced by the increased demand and customer loyalty for our products.”

Other reasons for growing sales are propelled by the Jetta line’s lower pricing and design for the American market. The 2011 Jetta, adding value to the sticker price, allowed it to be a competitive player in the compact segment as Volkswagen strived to increase U.S. sales.

Product managers attending Jetta’s international launch in San Francisco listed an array of standard and optional equipment offered at an attractive price, beginning at $15,995 with air-conditioning included and nicely appointed levels stretching to about $25,000. Jetta also improved fuel mileage and offers free maintenance during the 3-year, 36,000-mile warrantee.
The base model is $1,740 less than the 2010 model, which is more in line with compact competitors, and is larger and 110 pounds lighter than the 2010 model year.