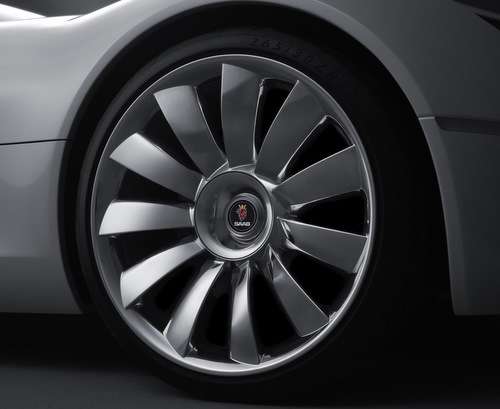 Saab is insisting that its lifeline investments from Chinese companies Pang Da and Youngman are still valid and progressing, despite reports to the contrary.
Advertisement

Saab's investment agreement between its parent company Swedish Automobile and prospective Chinese investors Pang Da and Youngman is on track, according to CEO Victor Muller. A news source erroneously reported that Pang Qinghua, chairman of Pang Da, said the investment deal was invalid as soon as Saab entered bankruptcy protection, but a statement from Swedish Automobile said "Swedish Automobile, Saab Automobile, and Pang Da underline that these reports are based on a misunderstanding."

Saab, which is without question the most troubled automotive brand of 2011, has not been producing cars since spring, and has been staving off both debt collection agencies and parts suppliers that eventually forced Saab into bankruptcy, when protecion was initially denied by the Swedish government. The deal that fell through from Hawtai Motor Group in May because it was not performed in a timely manner, and more recently the sale of Spyker Cars, the small exotic-car company that purchased Saab from General Motors back in 2009 to a private American investor, have made Saab's future even more uncertain. Nonetheless, Saab continues to assert that it is still a legitimate automaker and will restart production soon.

Saab's largest hurdle at this point is the Chinese government, which must approve Pang Da's and Youngman's investment. The terms of the deal must be submitted to China's National Development and Reform Commission, and Pang Da's chairman has stated that Youngman is responsible for the submission of those documents, saying also that they are "soliciting opinion among industry experts regarding the deal." Pang Da, the largest automotive distribution company in China, will buy 2,000 Saabs to sell to dealer networks once production restarts. Youngman wants to invest $96 million in Saab in return for a 29.9 percent stake in the company, and Pang Da's investment will give it a 24 percent stake.

Other Chinese automakers such as Geely, the company that bought Volvo from Ford, and BAIC Group, who have rights to some of Saab's old platforms, have been rumored to be considering their own investments in Saab, but have denied them.