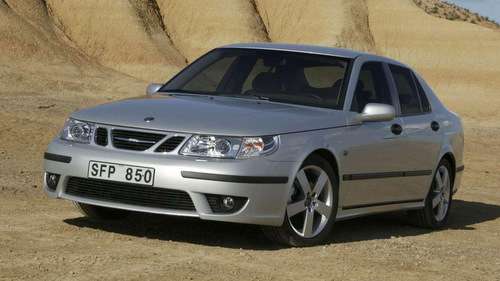 More apocalyptic news from Saab as it is seeking government intervention in its struggles to pay its numerous creditors.
Advertisement

Saab may be looking at more writing on the wall, as a public radio source said today that it is looking for court protection from its creditors. This isn't surprising, as last week, the Swedish Enforcement Agency was given the right to seize all of Saab's assets, including liquid assets in the bank. Saab was once under the ownership of General Motors, which was prepared to completely eliminate the brand as part of its own restructuring process, and was saved from bankruptcy last year by Swedish Automobile. Swedish Automobile was formerly a tiny manufacturer of exotic cars under the name of Spyker Cars before it purchased Saab.

Saab has been rather cryptic in its latest statements about its financial situation. In its latest statement, Saab said "Swedish Automobile is aware of certain reports in Swedish media related to a possible filing by Saab Automobile AB for a voluntary reorganization under Swedish law." Saab will not go into further details about the decision, nor when it would take place, but they said they "are evaluating all options."

It's a nasty downward cycle that Saab is stuck in right now, as the biggest issue facing them is the lack of funds to pay outstanding bills to their parts suppliers. So Saab has no parts to build cars with, so the Saab production line has been essentially stopped since April. So Saab is not building any cars to sell, which means it has no way of making money. Saab has said it's in an agreement with some of its creditors, but that production would not begin again until August 29th.

Saab CEO Victor Muller has several investment deals with two Chinese companies, including the Pangda dealership network and the Zhejiang Youngman Lotus automaker. Having raised more than $140 million from these investment opportunities, it would appear that Saab would have no issues repaying the approximate $625,000 it owes its parts suppliers. But this is a sign of just how much money Saab owes to other people, and of how bleak Saab's future looks at this point.

Tsingshan's Threat to Tesla: EV Maker Is In Battery Crosshairs
Tesla-Funded Research Reveals One of The Biggest Mysteries of EV Battery
END_OF_DOCUMENT_TOKEN_TO_BE_REPLACED