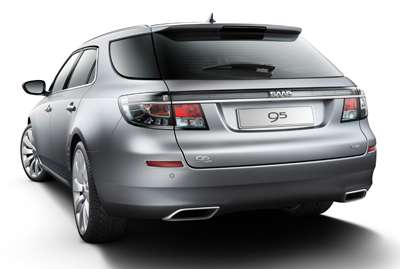 A parts shortage brought the Saab assembly line to another halt yesterday, after the beleaguered Swedish automaker had only restarted production on May 27th after a month-long lapse in funding from Spyker.
Advertisement

Saab production was momentarily halted again yesterday due to a parts shortage, less than two weeks after the troubled Swedish automaker had to shut down its operations for a whole month when its funding from Spyker, the Dutch exotic car builder and Saab's parent company, ran out.

Saab company spokesman Eric Geers said the lapse in production will be short, stating "We will start tomorrow again."

Spyker CEO Victor Muller said he had not heard of any production stoppages, but said that suppliers were not making parts during the previous shutdown, which will affect parts supplies even after car production has restarted.

Saab is currently awaiting approval from the Chinese government for Pangda, China's largest string of car dealerships, to become a minority shareholder in the company and also set up a manufacturing facility in China, in addition to Saab's home plant in Trollhättan, Sweden.

Saab's financial future would be secure through the end of next year, according to Saab president and COO Tim Colbeck, if the Pangda deal materializes.

Even if it is not approved by the Chinese government, Pangda will still purchase some 30 million euros worth of Saab vehicles for Chinese distribution.

Spyker, which is supposed to change its name to Swedish Automobile next week, saw its shares fall 10.5% yesterday as a result of the latest production stoppage.

Tesla Giga Berlin's New Hurdle: It's Not Only the Gov't, but Now Tesla Itself
Teslas Are Sold Out Until 2023, But The Timing May Reverse
END_OF_DOCUMENT_TOKEN_TO_BE_REPLACED