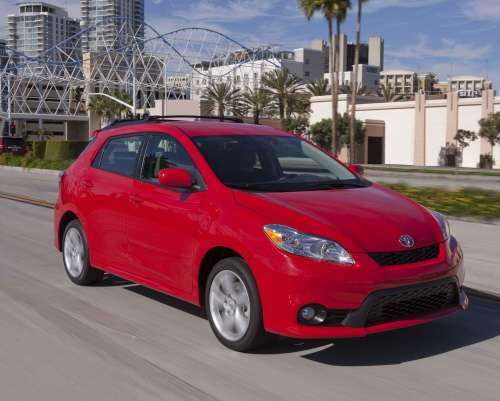 Toyota bounces back in a big way

Toyota continues to ramp up new car and truck production for North America and expects to go from 80% of pre-earthquake and tsunami levels in August to full strength by September. Eight of the Japanese carmaker's 12 models for sale in the U.S. and Canada have been at 100% production levels since last month.
Advertisement

“After September we will focus on making up lost production as much as possible,” said Steve St. Angelo, executive vice president of Toyota Motor Engineering & Manufacturing, North America.

“Our team members and suppliers here and in Japan have worked tirelessly to get us back to 100%, overcoming many challenges. The effort in Japan has been incredible, especially in the midst of such tragedy and devastation.”

"The rapid production recovery proves once again that Toyota's manufacturing team members in North America and around the world are the best in the business." Carter said. "Thanks to their efforts, our dealers have a healthy supply of cars and trucks available to sell, with more arriving every day, along with competitive lease and APR programs for our customers."

North American production reached 70% of normal levels in June, up from 30% in May, Toyota said in a statement. The improvement in parts availability from Japan is the result of countermeasure activities implemented by affected suppliers.

“Our team members and suppliers are working closely on countermeasure activities to improve the parts condition from Japan. We continue to develop solutions ... to restore 100% production as soon as possible for all of our North American-made vehicles,” St. Angelo said.

Separately, Toyota has contributed $1 million to the Red Cross to support relief efforts for tornado victims in America and agreed to match employee contributions to the Red Cross. The company will is providing extra support and assistance to Toyota employees who lost their homes to tornados in May.

“All of us at Toyota express our sincere condolences to the families affected by these devastating storms. Since we have manufacturing plants, suppliers and many dealerships in the regions that were hit the hardest, we felt a special responsibility to lend a hand," said Yoshi Inaba, president and chief operating officer of Toyota Motor North America Inc. “In addition to this financial support, many Toyota employees are already involved in volunteer activities to support those in need. We very much appreciate their personal engagement."