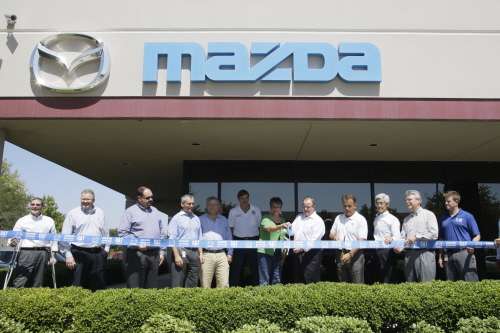 The new distribution center in Grapevine, Texas, creates 30 American jobs at Mazda. The new hires will work from the Japanese carmaker's new, leading-edge center. The 180,000-square-foot facility will supply the dealers with more than $10 million in parts inventory.

It also will host a state-of-the-art training center for service technicians.

The facility is the first of several that Mazda will open across North America this year and next.

"Mazda is thrilled to expand our presence in Dallas / Fort Worth with this new Parts Distribution Center, enabling us to fulfill orders quickly and efficiently, as well as provide a regional supply of parts and training opportunities," said Jim O'Sullivan, president and CEO of Mazda.

"Once fully operational, this distribution center will enhance customer service and satisfaction levels throughout the Southwest, as well as reduce our carbon footprint through more efficient delivery planning and tracking, all of which are important Mazda commitments."

The launch in Texas is an initial milestone in a $20 million Parts Distribution Center Network Expansion. Mazda outlined the expansion to dealers for the first time in July 2010 and now has made those expectations a reality.

The continued expansion will create a network of seven Parts Distribution Centers in North America. Five of the centers will be in America and two will be in Canada. The new centers reinforce Mazda's commitment to customer satisfaction.

Mazda is headquartered in Irvine, Calif., and services about 900 Mazda dealers.