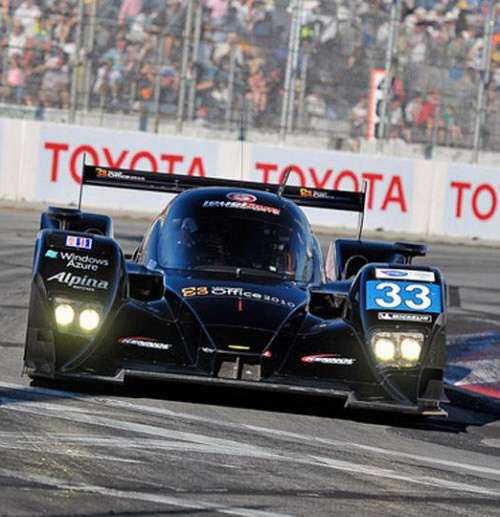 Level 5 Motorsports of Madison, Wis., has changed teams, aligning itself with Honda Performance Development as it closes out the 2011 season with the manufacturers’ new LMP2 car, beginning with the Six Hours of Silverstone in September.
Advertisement

Level 5’s mid-season switch from Lola to Honda comes following a successful start to its LMP2 program, with victories at the Twelve Hours of Sebring and Grand Prix of Long Beach.

Level 5 owner Scott Tucker and co-drivers Christophe Bouchut and Joao Barbosa made the podium at the 24 Hours of Le Mans and Six Hours of Imola in a Honda-powered prototype (pictured).

“We looked through all of the numbers, inside and out, and from our perspective, there’s no doubt the Honda package in the new cost-capped configuration will be a front runner in LMP2,” Tucker said.

“We’ve seen gains with the engine all year and the good thing is that there’s still room for development. The HPD engine and chassis combination has proven to be the best over the years. We feel very comfortable and confident in making this unprecedented and decisive move in the middle of the season.”

The team will now use an HPD ARX-01g, Honda’s bespoke chassis and engine combination, in the three remaining Intercontinental Le Mans Cup rounds. Level 5 will field two HPDs in the American Le Mans Series race at Mazda Raceway Laguna Seca in September, a six-hour race, as well as the 14th annual Petit Le Mans in October.

Built by Wirth Research, the HPD ARX-01g is an evolution of the highly successful prototype, which has captured 22 class victories worldwide since its debut in 2007. Level 5’s new open-top contender will conform to the Automobile Club de l’Ouest’s cost-capped rules.

“Our best opportunity to be prepared for the remaining ILMC races this year, and looking beyond into 2012, and where LMP2 may go was to align with Honda and Wirth Research’s synergistic package,” said David Stone, the team manager.

The first chassis will be built at Wirth Research’s U.K. facility. All three drivers, along with the team’s engineers, will useWirth’s vehicle simulator to gain a better understanding of the new car before it takes to the road in September. Level 5 has an extensive off-season testing and development program to prepare for 2012 with its new LMP2 cars.

“Obviously this change makes a very bold statement in the middle of the year for a team that was so well invested in one brand to move to another brand,” Stone said. “We’re keeping our options open for the future and will see how things develop, both in the way the cars perform, as well as what the different series do with their regulations.”

The next race, the Six Hours of Silverstone, the fifth round of the Intercontinental Le Mans Cup, is scheduled for Sept. 9-11.