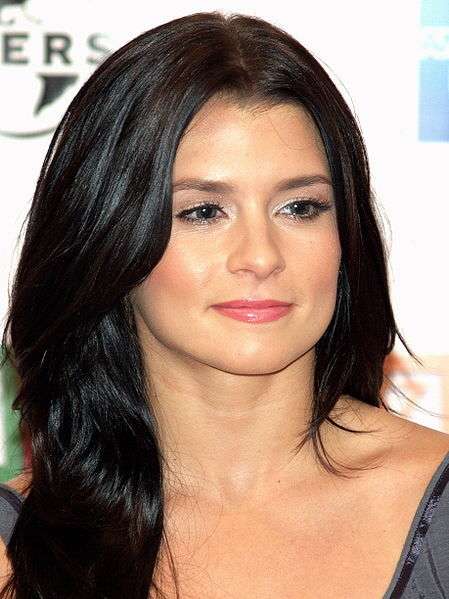 Danica Patrick will drive NASCAR full time, in a Chevy

Danica Patrick announced today she is leaving IndyCar next year to drive Chevrolets on the NASCAR circuit. She will run a full Nationwide schedule with JR Motorsports and as many as 10 Sprint Cup races for Stewart-Haas Racing.
Advertisement

Patrick told reporters today she hasn't figured out which races she'll run in Sprint Cup. And she might enter the 2012 Indianapolis 500, she said, so she hasn't totally abandoned IndyCar.

Patrick was third in the 2009 Indy 500. She was the first woman to win an IndyCar race when she finished first at a race in Japan in 2008. She has driven 20 races for JR Motorsports the past two years and has five more scheduled with the team this season.

Here is the gist of Danica Sue Patrick's bio, as posted on Wikipedia:

She was born March 25, 1982, and is an American auto racing driver, model and advertising spokeswoman.

Starting in kart racing, she later raced Formula Ford in England before moving back to the U.S. and moving up to IndyCars.

Patrick (pictured) was named the Rookie of the Year for both the 2005 Indianapolis 500 and the 2005 IndyCar Series season.

With her win in the 2008 Indy Japan 300, Patrick became the first woman to win an Indy car race. In 2010, Patrick began racing in the NASCAR Nationwide Series, driving the No. 7 GoDaddy.com Chevrolet Impala part-time for JR Motorsports. She also has an equity stake in her No. 7 team.

She had her best career finish of fourth in series on March 5 at Las Vegas Motor Speedway — the best finish by a woman in a NASCAR top-circuit.
Patrick had been driving the No. 7 GoDaddy.com Honda / Dallara for Andretti Autosport.

Patrick's parents, T.J. and Bev Patrick, met on a blind date at a snowmobile event in the 1970s when Bev was a mechanic for a friend's snowmobile. T.J. raced snowmobiles, motocross and midget cars. They have owned a Java Hut and a plate glass company.

Patrick was a cheerleader at Hononegah Community High School near Beloit, Wisc., in 1996 and spent her off time babysitting for a family when she wasnt racing. She dropped out of high school and attained a GED.

Born in Beloit, Patrick grew up in nearby Roscoe, Ill. She began go-karting in 1992 at the age of 10[6]at the Sugar River Raceway in Brodhead, Wisc., and eventually won several World Karting Association track championships.

At age 16, she moved to Milton Keynes, England, to advance her racing career, racing in British national series events against drivers who included Formula 1 world champion Jenson Button. During a three-year period she raced in Formula Ford, Formula Vauxhall and earned a second-place in Britain's Formula Ford Festival, the highest finish by a woman in the event.8]

In 2002, Patrick started driving for Rahal Letterman Racing in America. After making several starts in the Barber Dodge Pro Series, she moved to the Toyota Atlantic Championship for 2003. Patrick won one pole position and was a consistent top-three finisher. She has done many good things since then.

Patrick Rall wrote on August 26, 2011 - 12:07am Permalink
Good for her...maybe after this, she can try drag racing - to see if she can get into the record books by being TERRIBLE at the most forms of auto racing. If she was ugly...no one would care about her. Shes a publicity stunt gone bad.