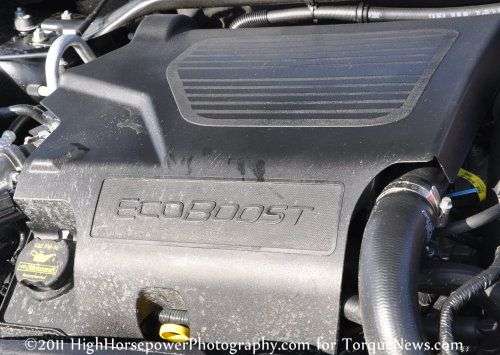 The light truck market in the US is way down from where it was less than ten years ago – due in part to the high cost of fuel and the comparatively low fuel economy numbers – but Ford’s advancements in V6 engine technology have helped the popularity of these smaller, more efficient engines as 50% of F150s sold last month packed V6 power.
Advertisement

Last month, we brought you the news from Ford that the EcoBoost powered F150 pickups were accounting for roughly 35% of new models sold – up from 25% in March. On top of this, Ford has announced that when they combine the sales of the 3.7L “base model” V6 and the high end EcoBoost V6 – those six cylinder engine options accounted for half of all new F150s sold last month.

It has been an interesting time for light trucks, as Autoblog recently reported that these pickups were accounting for less than 12% of the total market where they once (in 2005) accounted for almost a quarter of all new vehicle retail sales. At the same time, Ford, Chrysler and GM all have shown year-over-year growth through much of the 2011 calendar year so if the industry is shrinking, how are companies showing growth? For Ford, it is all about their small engines.

In 2005 when light trucks were accounting for almost a quarter of new vehicle sales, it would have probably seemed preposterous to suggest that at one point in the very near future half of F150 pickups sold would carry a six cylinder engine. Back then, the entry level V6 from Ford offered just 202hp and 260lb-ft of torque so these engines couldn’t serve the same truck-type needs as the V8s.

However, with the 3.7L V6 in the new F150 offering 305 horsepower and the awesome EcoBoost V6 packing 365hp and 420lb-ft of torque – these V6s are a far cry from the old school base model mills.

Ford has stated that of that 50% share of V6 F150s sold last month, over 75% of those were powered by the premium option EcoBoost V6, offering gobs of power but more importantly – offering class leading fuel economy figures.

The EcoBoost technology is a major part of the success of the Ford light pickups and over the next few years, we can expect to see more smaller-displacement engines utilizing this type of technology. In the meantime, the EcoBoost V6 is giving new buyers comparable power to most new V8s with an advantage in fuel economy.

LG's New EV Battery Plant Is a Welcome News for Tesla
Tesla Giga Berlin's New Hurdle: It's Not Only the Gov't, but Now Tesla Itself
END_OF_DOCUMENT_TOKEN_TO_BE_REPLACED