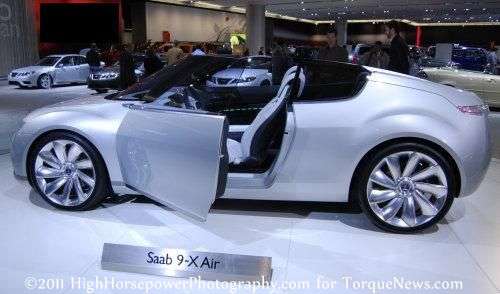 Saab and parent company Swedish Automobiles NV (Swan) has reportedly canceled the investment deals with Chinese firms Pang Da and Youngman Lotus after the two Chinese firms each made low-buck buyout offers last week - effectively preventing themselves from receiving the $340 million that the automaker had been desperately hoping for as they work through government assisted reorganization.
Advertisement

Over the past few months there has been plenty of bad news for Saab but no matter what bad news came their way, the Swedish automaker was quick to shrug it off with the promise of two very lucrative investment deals with Chinese firms Pang Da Automobile Trade Co and Zhejiang Youngman Lotus Automobile Co. Unfortunately, it was the popular opinion of many industry analysts that the Chinese government would never allow those investment deals to take place and with no real indication as to when, if ever, the $340 million would arrive, the opinion of the experts seemed to be more and more likely. On top of that, each of the two Chinese firms made offers to buy the company completely last week - deals considered by Saab and Swan management to be unacceptable low-ball offers. Based on the slow movement by the companies on the originally planned investment coupled with the seemingly insulting buy-out offers, Saab management has called off the memorandum of understanding with both Chinese firms.

All along, through threats of governmental claims on the company assets and attempts to force Saab into bankruptcy made by suppliers and multiple labor unions, the Swedish automaker has held fast to the idea that they would be receiving a massive amount of money from the two Chinese firms. $340 million dollars (USD) would go a long way in helping the company to climb out of the hole so there is no question as to why Saab was so confident that these investment deals would fix their problems but with their sure-fire fix shot down…what will happen to Saab now?

The silver lining for Saab comes in the form of a great deal of interest shown by American equity firm North Street Capital. North Street recently purchased the Spyker Cars division from Saab’s parent company Swan, followed by buying a fair percentage (non-majority) of outstanding company stock while also promising to loan the company an additional $60 million. On top of that, management at North Street Capital has commented that they will use their resources to save the Swedish automaker so Saab may still have a parachute to open before they hit the ground.

Unfortunately, the efforts by North Street Capital could be too little, too late as the government appointed administrator responsible for overseeing Saab during their government aided protection from bankruptcy has filed the paperwork to have that protection removed. Guy Lofalk, who has been working with the management of Saab since the Swedish government stepped in to help the struggling automaker, believes that there just is not enough money and resources available for the company to both pay their previous debts and get back to basic business. Because of this, he does not believe that the government should continue to work with the company and his request will be reviewed on Friday, October 28th. If the government takes Mr. Lofalk’s advice, Saab will immediately be subject to bankruptcy claims from a variety of parties – including three labor unions and a seemingly endless stream of suppliers.

On the other hand, Saab and Swan management plan to appeal Mr. Lofalk’s request while asking him to be replaced by another government administrator. However, with the news that Saab has willingly put an end to the investment deal that they insisted would save the company, you have to wonder if the government will be interested in giving them yet another chance. It will be interesting to see if Saab really can turn to North Street Capital to save the company of if the rejection of the Chinese money will turn out to be a move that amounts to corporate suicide.

TorqueNews will continue covering the incredible Saab saga, bringing you any new information as it becomes available.

Tsingshan's Threat to Tesla: EV Maker Is In Battery Crosshairs
Tesla-Funded Research Reveals One of The Biggest Mysteries of EV Battery
END_OF_DOCUMENT_TOKEN_TO_BE_REPLACED