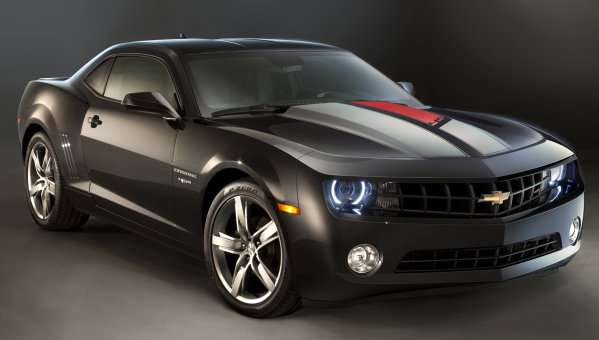 General Motors recently announced a recall of every 5th generation Chevrolet Camaro to replace the switchblade style key fob, but in reading all over the internet and in speaking with some Camaro owners it is very clear that many owners want to keep their key fobs – even if they go through with the recall repairs.
Advertisement

General Motors made the decision to recall every single 5th generation Chevrolet Camaro (2010-present) after discovering that if you hit the ignition key with your knee hard enough and in the right way, it can turn the key out of the run position. Having a car shut off suddenly and lose power can also reduce the effectiveness of the power brakes and power steering system – all of which increase the likelihood of a crash.

The Camaro Switchblade Key is the Problem
The 5th gen Camaro uses a switchblade key design where the actual metal ignition key folds into the rectangular key fob and with the push of a button, the key snaps into the locked position. Unfortunately, this connected fob design creates a large target for the driver’s knee and when hit the right way, it can shut the engine off while driving. Although it is a very slim chance of happening, it is another ignition risk that GM doesn’t want to face so they are recalling these cars to replace the key design.

Instead of the switchblade design, the dealership will likely issue a normal key that will connect to a separate fob via a keychain loop. This design will make it nearly impossible to turn off the key with your knee, although the proposed fix doesn’t pack the same “cool factor” as the switchblade key. I have driven plenty of General Motors vehicles in the past few years with a similar switchblade key design and it is a neat design. It isn’t really functionally better, but it is one of those little things that add to the total package.

If I owned a 5th gen Camaro, I would prefer the switchblade fob…and I’m not alone. Although some owners look forward to a new ignition key due to wear and tear on their switchblade key fob, many don’t want to hand over both of their key fobs since the switchblade is technically the proper key for a 2010-2014 Camaro.

GM Can’t Make You Trade Your Keys, But…
I have been reading tons of comments by 5th gen Chevrolet Camaro owners over the past two weeks where owners are stating very clearly that when the time comes to have their car serviced under this key fob recall, they will not take in both of their switchblade keys. Many of them plan to tell the dealership that they lost the other key so that after they get their new key and fob, they will still have a copy of the original switchblade key for their Camaro. Realistically, there is nothing that GM can do to force you to hand over both keys…mostly because people lose stuff.

However, General Motors can and almost certainly will make sure that the switchblade key fobs don’t work in the Chevrolet Camaro coupes and convertibles that are serviced under this recall. In much the same way that a dealership recodes a vehicle for new keys, I expect that dealerships will reprogram the ignition system so that only the keys issued at the time of the recall service will work going forward. GM cannot force you to turn in both keys, but they can make sure that the key that you keep won’t work anymore.

Now, there is the possibility that General Motors will recognize the owners’ desires to keep their original key fobs so perhaps they will just make it so that they cannot work, but I wouldn’t be surprised if the dealership tries to keep the switchblade, or at least breaks the ignition key portion off to guarantee that the owner won’t try using it. If that is the case, the only way to keep your original key might be to “lose it” before having the work done – but that will likely cause them to only give you one new key for free.