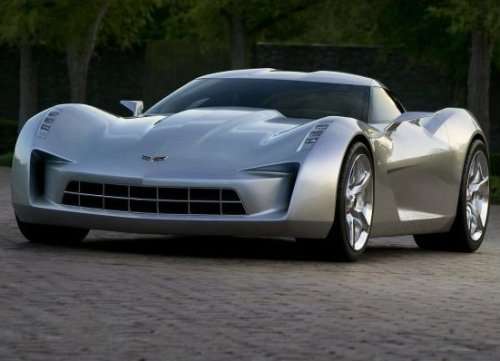 Next generation Corvette could feature a turbocharged V8

According to the Detroit Bureau, General Motors is working on a small displacement, high revving V8 for the next generation Chevrolet Corvette that will use turbocharging to mimic the performance of likes of Lamborghini, Porsche and Ferrari.
Advertisement

Over the past 25 years (and throughout the history) of the Chevrolet Corvette has gradually made more and more power by adding technology to increasingly larger engines. The American auto industry has always lived on the motto of “bigger is better” and the Corvette has done a fine job of supporting that point but if this report from the Detroit Bureau proves to be correct, the C7 Corvette could pack a compact V8 – possibly measuring just over 3.0 liters.

To many people, this might sound preposterous but GM wants the next Corvette to target a different buyer – presumably the types of people who consider Lamborghini or Ferrari before Chevrolet. Those Italian supercars have a name for themselves with smaller displacement engines, even when they got into the V10 and V12 ranges. This has been done by using a narrow bore and long stroke; along with adding forced induction to make the most of the low engine volume. This new engine will also reportedly feature an overhead camshaft design (where GM has always made big power with pushrod engines) along with a dry sump oiling system that will improve the C7 Corvette’s high performance handling capabilities. This report also suggests that the turbocharged V8 in the next Corvette could have a redline up around the 10,000 rpm range.

The C7 Corvette is expected to hit the market in two years or so (2013 brings the 60th anniversary of the Corvette, just saying) and when it does, GM President of North America has stated that the next Corvette will be very different than the models offered in the 6 generations before it. However, the Corvette is still the great American performance car so GM insiders have assured the Detroit Bureau that traditional Vette lovers will be appeased by the choice of some larger displacement engines in addition to the high tech, small cube turbo V8.

General Motors has been investing a fortune in production facilities around the country, including a few hundred million last year earmarked for the plants that will produce the Generation V GM small block. When GM announced the improvements being made at the small block V8 production facilities, the company commented that the new V8 would have an advanced combustion system design. While the pushrod design has proven itself for decades, it is a bit antiquated and even though GM and Chrysler continue to produce high performance overhead valve engines (pushrod engines), many European companies have been relying on an overhead camshaft setup. Even Ford has made a shift to the overhead camshaft design for the mighty Mustang in the past 15 years.

In addition to the likelihood of the C7 Corvette offering a high revving, small displacement turbocharged V8 alongside some more typical, large V8s there have been rumors that General Motors will offer something really special for the 60th anniversary of the Corvette. Rumors have pointed towards a reincarnation of the split window coupe design but with no official word from GM, all we have to go on for now is insider reports and rumors. In any case, we can be assured that when the new Corvette does hit the market – it will really be something special.

Other GM News:
Chevrolet Camaro Convertible to lead the field at the 100th Indy 500
The new Chevrolet Impala will be made in the USA
Introducing the Dale Earnhardt Chevrolet Intimidator Camaro
Win a 2012 Chevrolet Corvette Grand Sport Convertible from GM
Chevrolet Impala to get 302hp in 2012
GM to invest $109 million in Michigan engine facilities
GM CEO Akerson buys $939k in company stock