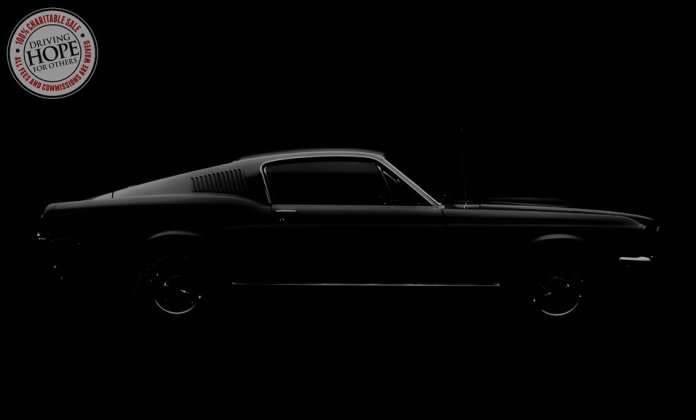 According to a lot listing on the Barrett-Jackson website, it looks as though the new Ford Mustang GT Bullitt Edition could debut on the Scottsdale auction block on January 19th – with proceeds of the sale going to the troubled youth home attended by Steve McQueen.
Advertisement

In the world of abstract clues to an upcoming new car, this is fairly obscure, but it might be the most concrete evidence thus far that the Motor Company is planning on rolling out a new Ford Mustang GT Bullitt Edition. About a year ago, The Rock shared a video with some renderings of Ford vehicles in the background, one of which appeared to be a Bullitt package based on the 2018 Mustang. More recently, someone snapped pictures of what looked like a 2018 Mustang with traditional Bullitt trim filming a video on the streets of Chicago late at night.

This time, the evidence of a new Bullitt comes from the Barrett-Jackson website, with the world famous collector’s auction promising a “special new Ford Mustang”. Most people think that this special new car is the return of the Bullitt and I am inclined to agree.

The Special New Mustang Auction
On January 19th, Barrett-Jackson auction company will be amidst its annual Scottsdale event in Arizona and at 7:30pm, a special new Ford Mustang will roll across the block. There are no details on this mysterious Mustang, but the listing for Lot #3006 includes the shadowy image above. There is no question that the car pictured above is a first generation Mustang GT fastback and most of the world is speculating that this is an image of the original Bullitt Mustang from the movie.

The fact that it might be a Bullitt movie car atop the listing would certainly support the belief that the special new Mustang will be the next Bullitt Edition, but it gets better.

The proceeds of the auction of this special new Ford Mustang will benefit Boys Republic – a private, non-profit school in Chino, California for troubled youths. This was where Bullitt star Steve McQueen went to school and later on, he served as the chairman of the charity.

I don’t think that there is a more fitting charity for the new Ford Mustang GT Bullitt Edition than the school that educated the star of the movie Bullitt, so when coupled with the shadowy image of the classic Ford Mustang – all signs point to the Barrett-Jackson auction block as the debut location for the new special edition muscle car.

In ten days, we will find out if all of this speculation pays off, as Friday, January 19th could be the day that the world meets the next Bullitt Edition Ford Mustang GT.

Click here to check out the listing for yourself.