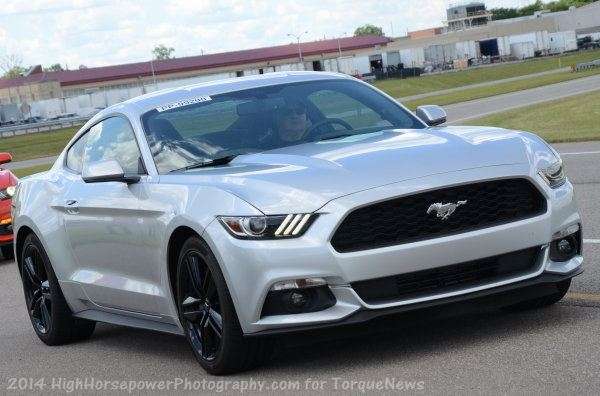 All year long, we have been expected a big spike in Mustang sales following Ford’s release of the 2015 models, but the Chevrolet Camaro had spent the year building what ended up being a very large lead through the summer and fall. This meant that when the 2015 Mustang hit the market with full force in November, it would have a tough task of closing the gap in annual muscle car sales. Unfortunately for Ford, that lead proved to be a bit too big, as even with December being a fantastic month for Mustang sales, the Camaro still took the title of America’s bestselling muscle car in 2014.

2015 Mustang Booms in December
For the second straight month, the 2015 Mustang has helped Ford claim the monthly muscle car sales title, moving 9,511 units. This marked the Mustang’s second-best sales month of 2014, trailing only May, when 9,761 new Mustangs were sold. This strong December allowed the Mustang to badly beat the Chevrolet Camaro in the final monthly sales race of the year, but the 2,883 unit gap still caused the Mustang to fall some 3,600 units short of the Camaro in the annual sales race.

The Camaro Wins the Annual Sales Title
Although the Ford Mustang sold far more units in December 2014, General Motors sold enough copies of the Chevrolet Camaro to secure the 2014 annual muscle car sales title. This is the 5th straight title for the Camaro and since being introduced in 2009 for the 2010 model year, the Mustang has yet to beat this modern Camaro in annual sales. 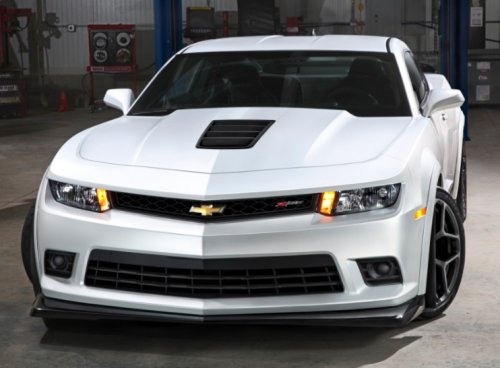 In December, GM sold 6,628 Camaro coupes and convertibles. While this is more than 2,800 units behind the Mustang, it is a very strong month for the Camaro and one of the best Decembers in recent years. This helped the Camaro reach a total of 86,297 sales in 2014, which is 3,662 more units than Ford sold Mustangs.

Strong Outlook for Ford in 2015
While the Chevrolet Camaro has claimed its 5th straight annual muscle car sales title, things are looking better than ever for the Ford Mustang to break the streak in 2015. The 2015 Mustang is already selling very well, accounting for roughly 90% of Mustang sales in the past two months in colder months that are typically slow sales months for muscle cars. These trends of stronger than normal sales should continue into the spring and with the warmer weather should come bigger Mustang sales in the northern US states. This should all amount to steady Mustang sales growth over the next 6 months and that could allow Ford to finally beat the Chevrolet Camaro in the annual muscle car sales race in 2015.

Compared to 2012 and 2013, the Chevrolet Camaro and Dodge Challenger both posted the best annual sales numbers in the past three years. The Mustang posted better numbers in 2012 than it did in 2014, but as a whole, the muscle car segment continues to grow and the introduction of the next generation Camaro should help those numbers climb through the next year as well.

Tom F. wrote on January 5, 2015 - 1:59pm Permalink
I wonder what the numbers would look like if you took out sales to rental fleets for both the Mustang and Camaro. Sure, there are rental car companies that will hand you to the keys to a Mustang, but in all honesty, I've seen far more Camaros gracing rental car lots. I have a feeling that if fleet sales were left out of the report, the Mustang might be #1 among your everyday consumers.
DanM wrote on January 5, 2015 - 8:42pm Permalink
Ford needs to revamp the front sheetmetal/plastic. It doesn't look that tough. Mustang needs to drop weight not add it.