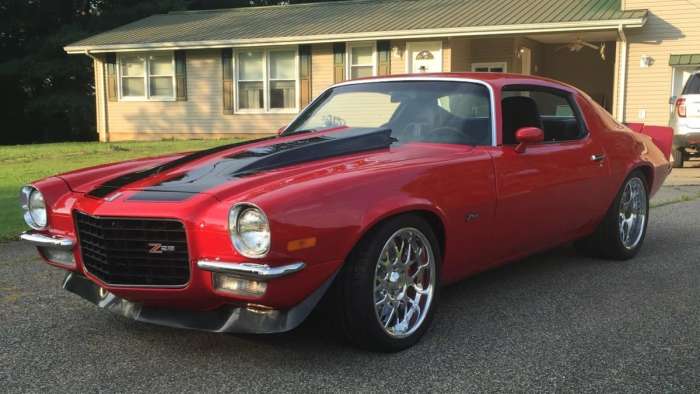 Bob Jarrett’s 1973 Chevrolet Camaro Z/28 looks like a flawless classic from the outside, but it packs a worked LS1 engine and high performance chassis bits, offering big modern performance in a beautiful old school package.
Advertisement

Over the course of the past few years, TorqueNews has worked with the members of the Camaros Unlimited Facebook group – more than 45,000 of them – to bring you the Camaro of the Month. Each month, the members of the group are asked to nominate their favorite Chevy muscle car owned by another member of the group. Five (sometimes six) nominations are accepted, at which point the voting begins. From those five or six nominees, the Camaro of the Month is chosen based on community voting.

For the month of May 2020, the members of the group chose this stunning 1973 Chevrolet Camaro Z/28, owned by Bob Jarrett and powered by a modified LS1. However, this classic muscle car is far more than just an engine swap. We had a chance to speak with Jarrett and he provided the details below. 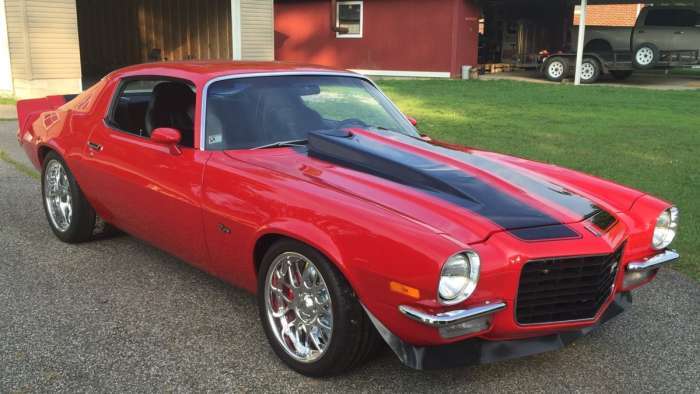 Bob Jarrett’s LS1 Z/28
When I graduated High School in 1974 I was 17 years old. My brother’s best friend was selling his 1973 Z/28 I tried to get my Dad to cosign a loan for me but he thought it was too much car for me and he was probably correct lol. I said I was get one someday and many years later I found one.

My good friend Hank Frame who is a master builder of Camaro said he would help me with my car. We decided to go pro touring. So we stripped it down and did the following to it. We put a LS1 in it with a 6-speed Tremec, Speedtech suspension, CPP brakes and 9-inch rear end plus TMI interior and an awesome paint job by Hank Frame. 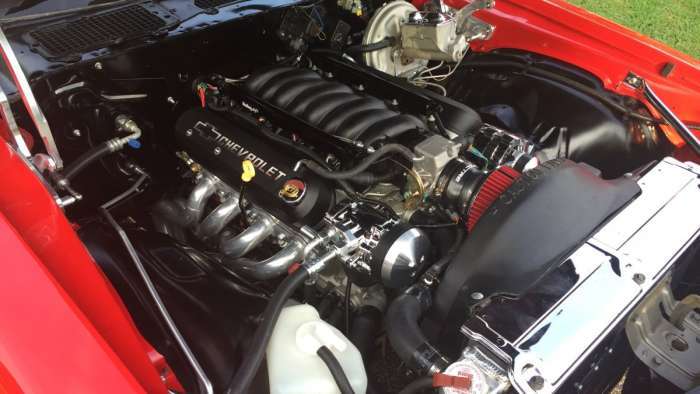 Congratulations to Bob Jarrett and his 1973 Z/28 for winning the TorqueNews/Camaros Unlimited Camaro of the Month for May 2020.

If you would like to participate in the Camaro of the Month program with your Chevy muscle car, click here to join Camaros Unlimited! 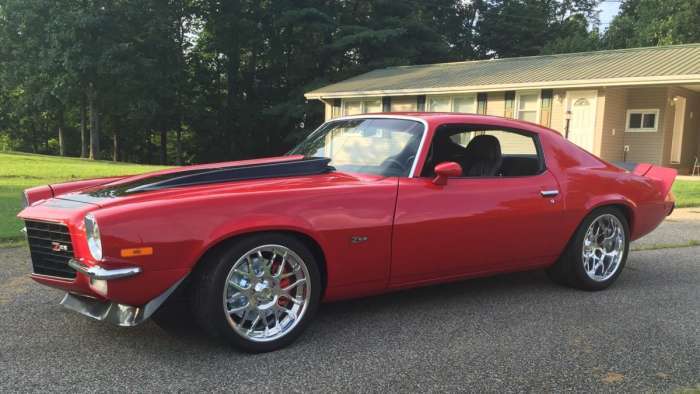 Jesse wrote on May 9, 2020 - 10:56am Permalink
This second generation Camaro is what GM should have taken styling cues from with the 5th and subsequent generation. My two holy grail Camaros are the 1969 Z-28 and the 70 1/2 Z-28. From '71 and beyond, GM cut the compression and thus power due to ever increasing emission standards. It is a bit ironic to see and LS1 engine in this model year Camaro........the intersection of a classic Camaro and modern Chevrolet V-8. Kudos to all involved with this project!!

Tesla-Funded Research Reveals One of The Biggest Mysteries of EV Battery
Tesla Tesla Buyer Nets a Whopping $12,000 Discount After Asking for Reduction
END_OF_DOCUMENT_TOKEN_TO_BE_REPLACED