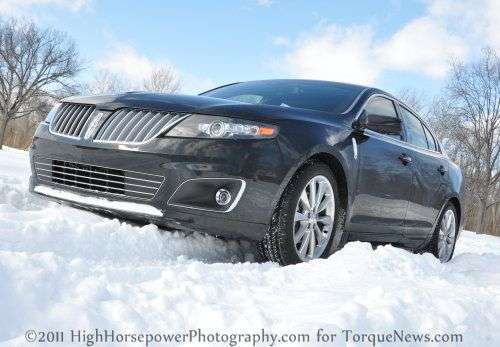 It has been a rough year for the Lincoln brand but for the first time in 2011, Ford’s luxury brand showed positive year over year growth – helping Ford Motor Company to rank as the third best auto group in the US industry in June 2011.
Advertisement

The Lincoln brand has struggled since the middle-child Mercury was killed off late in 2010. Even though Mercury sales had slumped to a fraction of what they once were, the more affordable Mercury brand brought traffic to Lincoln-Mercury dealerships and there is a far better chance than not that some of those who walked in looking for a Mercury drove out in a new Lincoln. Unfortunately, the removal of the Mercury brand caused a pretty hefty slump for Lincoln dealerships and even though things were down – Ford Motor Company has begun issuing pretty substantial demands for those who wish to continue carrying only the Lincoln brand.

In June 2011, the Lincoln brand moved 7,361 vehicles – an improvement of 16.5% over June of 2010. The Lincoln MKX sport utility vehicle (cousin to the Ford Edge) led the way in terms of growth with an increase of 35.6% over last year followed by the MKZ (Lincoln’s take on the Ford Fusion) at 31.1% and the sleek, full sized MKS at 18%. Lincoln’s best unit in terms of sales volume was the MKZ with 2,360 units sold followed by the MKX and the MKS. Lincoln dealerships finally got the good month that they needed and with promises of new models on the horizon – things may finally be looking up for the Lincoln brand.

While the strong month for Lincoln was really the biggest news for Ford Motor Company in June 2011, the Ford brand led the company in terms of growth and sales with 186,753 vehicles accounting for an improvement of 20.2% over June last year. Ford was led in terms of growth by the sporty new Fiesta, which saw an increase of 428.4% over last year with 5,535 units sold in June. The Ford Crown Victoria, which is slated to soon meet its demise, was second in growth with a 76% increase over last year followed by the all-new Ford Explorer at 55.6% and the Ford Escape at 43.3%. In terms of sales volume, the Ford F-Series is always the top seller and with 49,618 trucks sold last month, the popular Ford pickups continue to lead the way for Ford. Surprisingly, even with high fuel prices the Ford Escape was second in terms of total sales with 22,274 SUVs sold followed by the new Focus at 21,385 and the Fusion at 20,808 units sold. The new Ford Explorer saw 10,422 SUVs leave the lot last month – showing the proven success of the redesign of this now-fuel-efficient sport ute. Also, while the sales of the Ford Mustang plays just a small part of Ford's overall plan, the mighty Mustang had a great month - moving 8,835 units in June and putting them in first place in the segment for the first time in 2011.

Anonymous wrote on September 19, 2011 - 11:16pm Permalink
It's a rough year with the <a href="http://www.automd.com/repair/lincoln_m34/">Lincoln repair</a> brand, but for the first time in 2011, Ford's luxury brands showed positive annual growth - to help the Ford Motor Company is listed as the third best team in the U.S. auto industry in June 2011