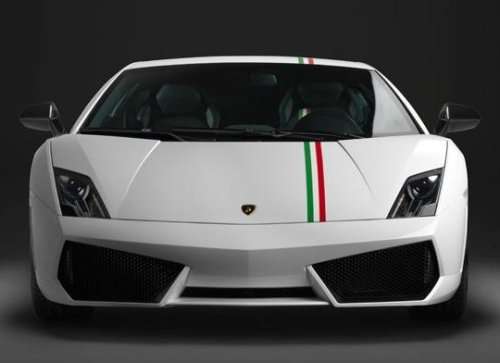 Little is known about the supercar set to replace the current Lamborghini Gallardo but thanks to a discussion between Lamborghini America COO Michael Lock and the folks at Car & Driver – we have some insight into what we can expect when the new “entry level” Lambo arrives in the next few years.
Advertisement

First and foremost, the 2014 Lamborghini Gallardo replacement, currently rumored to be named Cabrera, will likely be offered as both a coupe and an open-air roadster. More importantly to some, the Gallardo replacement will come equipped with either rear wheel drive or all wheel drive configurations. There has been no concrete proof of what will power the Cabrera (or whatever Lamborghini chooses to name the new supercar) but rumors suggest that it will be a revised version of the V10 currently at use in the Gallardo. Like the Gallardo, the Cabrera will feature a mid-engine placement and like the other modern Lamborghini models – there will be no true manual transmission. Much like the awesome Aventador, the Cabrera will use a dual clutch transmission to put the power to the road and while that high tech transmission is every bit as precise and efficient as the best manual along with offering quicker shifts – the lack of a clutch pedal will be a reason to complain for some purists.

Where the 2014 Lamborghini Gallardo replacement will different from the current Gallardo is in the number of variants offered with the different drivetrain options. Right now, Gallardo coupe and roadster models can be fitted with either the rear wheel drive or all wheel drive layouts but for the next Lamborghini supercar – we could see the less popular configurations become a thing of the past. For example, many Lamborghini buyers who want to go fast – really fast – with the security of all wheel drive typically want to do so with a hard topped vehicle. The Gallardo coupe has a design structure that allows for a lower curb weight than the Gallardo convertible so the highest performance models with the premium power output and high performance all wheel drive system may be restricted to the Cabrera coupe. Finally, while there will be a lightweight, high performance Superleggera version of the 2014 Lamborghini Cabrera, it may also be limited to the coupe version of the new Italian supercar.

Rumors have suggested that the 2014 Lamborghini Gallardo replacement will pack right around 600 horsepower so it will present an improvement over the Gallardo while leaving some “room” between itself and the 700 horsepower Aventador. This would also leave room for some more powerful variants over the life of the new supercar that offer slightly better performance than the standard models.

In addition to helping to reduce costs for the automaker, this simplification will help take the questions out of buying a new Lamborghini. Right now, there are 9 different versions of the Gallardo on the Lamborghini website. They are listed below in a ranking based on general performance output.
Coupes:
LP550-2
LP550-2 Bicolore
LP550-2 Tricolore (shown on the right)
LP560-4
LP 570-4 Superleggera
LP570-4 Super Trofeo Stradale

While we can most certainly expect to see special edition models that are little more than appearance improvements such as the LP550-2 Bicolore and LP550-2 Tricolore with the Gallardo replacement along with high performance trimlines like the LP560-4 and the LP 570-4 Superleggera – the convertible/roadster version may appear as more of a trimline based on the LP550-2 Spyder drivetrain.

Even with the comments from the Car & Driver interview, can we really imagine a world without an excessively powerful high performance Lamborghini ‘entry’ supercar? With the Gallardo replacement expected to arrive in or around 2014, it shouldn’t be long before we get some official information on the next generation of Italian supercars.