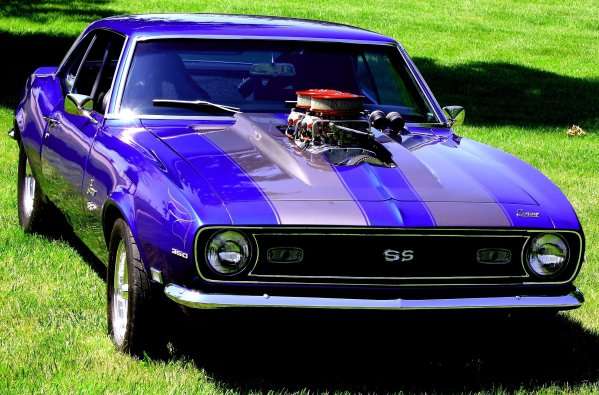 The TorqueNews/Camaros Unlimited Camaro of the Month for January 2017 is the gorgeous, blown-big block-powered 1968 Chevrolet Camaro shown above – which is owned by Richard Sloan.
Advertisement

Every month, TorqueNews works with the thousands of Camaro fans on the Camaros Unlimited Facebook page to pick a car to feature as our Camaro of the Month. Each month, the members nominate their favorite five Camaros owned by other members of the page and once those five are selected – the members all vote on their favorite car of the five in the running.

The members of Camaros Unlimited finished up their voting just before New Year’s weekend and their favorite Camaro of the five in the running is the 1968 Camaro owned by Richard Sloan and powered by a blown big block V8 – complete with the supercharger poking up through an opening in the hood.

Richard’s 1968 Camaro is beautiful today, but when he bought the car back in the mid-90s, the car was a total mess – so here is his story of how he built the American muscle car shown above from a rusty shell.

January Camaro of the Month
Here is Richard Sloan’s story on his 1968 Chevrolet Camaro:

I bought this 1968 Camaro roughly 18 years ago from a friend of mine in Bowling Green, Kentucky. The car was a complete basket case when I first went to look at it, and while all of the parts to build a full car were there – they were spread across three different counties. The main body of the car had been sitting outside, on blocks, for several years and the weather had taken its toll on the shell of my ’68 Camaro.

It took me 3 years of work to get my Camaro to the point where I could drive it, but over time, it became the muscle car that it is today.

The heart of my Camaro is a .030 over 454 big block topped by a B&M supercharger, with the power being sent through a built turbo 350 transmission and a Fab 9 inch Ford rearend with a 4.11 gearset. Helping put all of that supercharged Chevy power to the ground is a set of lightweight Billet Wheels wrapped in 31x18 Mickey Thompson Sportsman Pro drag radial tires.