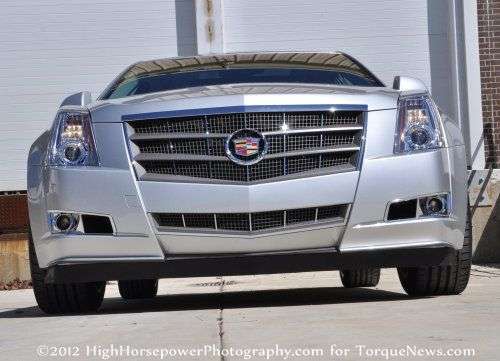 GM shows growth in May 2012 while Cadillac falters

General Motors bounced back from a shaky April to post an 11% gain in May 2012 compared to the year before but things weren’t all upsides for GM as Cadillac continued to struggle.
Advertisement

Three of the four existing General Motors brands showed positive year over year growth in May 2012 but as a whole, GM was one of the lesser performing automaker groups in the US last month in terms of growth. However, with 245,256 vehicles sold, GM was the top automaker in the US in terms of sales volume and ultimately – all that matters is how many cars you sell.

GMC was the top brand from General Motors in terms of year over year growth, with 38,877 trucks and sport utility vehicles accounting for an improvement of 19% compared to last May. GMC was led in growth by the compact Canyon pickup with 910 units sold bringing about a 60.8% increase in sales while the Acadia was second with a jump of 31.8% and the Sierra pickup was third with a 22.7% increase. In terms of sales, the Sierra pickup was the top model with 13,196 trucks sold followed by the Acadia with 9,128 crossovers sold and the compact Terrain sent out 8,772 units to place third.

Buick was second among GM brands in terms with an increase of 19% in moving 18,565 units in May 2012. Among the four pre-existing Buick models, the Enclave (55.2%) and LaCrosse (18.6%) showed positive growth compared to May 2011 while the Lucerne and Regal did not. However, the Buick Verano had a strong month, sending out 3,609 examples of the Chevy Cruze-based compact sedan. The roomy Enclave SUV was the top model in terms of sales volume with 6,709 units sold followed by the LaCrosse in second with 5,663 sedans sold and the compact Verano was third in sales.

Chevrolet was third in growth with an increase of 10% in sending out 177,943 new cars, trucks, vans and SUVs into the world. The Chevy Volt was once again a dominant force in May 2012, sending out enough vehicles to show a 249% increase over the same month last year and making it the best model from Chevrolet in terms of growth. The full sized Chevrolet Avalanche was second in growth with a jump of 69.6% and the Traverse was third with an increase of 36.7%. In the sales column, the Sierra truck lineup was the top dog with 34,555 pickups sold (up 21.6%) followed by the Malibu with 29,579 (up15.5%) and the Equinox with 20,238 units sold (up 15.1%).

The bad news for GM in May 2012 was that, for the second month in a row, Cadillac struggled – this month posting a decline of 15%. With the exception of the Escalade ESV, every vehicle in the Caddy lineup showed a decline in growth last month compared to May 2011 while only two vehicles moved more than a thousand units. The Cadillac CTS family sent out 4,161 new coupes, sedans and wagons to lead the brand while the SRX was second with 3,900 units sold. The original Escalade pickup was third in Cadillac sales with just 916 trucks sold. While things are down for Cadillac right now, we expect that to end with the quickness once the new compact Cadillac ATS arrives this summer, joining the new XTS flagship sedan that is already reaching consumers around the US.