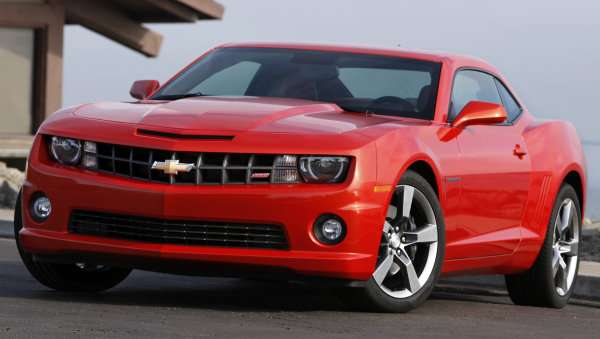 General Motors has announced a new batch of recalls which once again include the Chevrolet Camaro – this time before some units from the 2012 model year have driver’s side airbags which may not deploy in the event of an accident and that could lead to more significant injury to the driver.
Advertisement

We recently brought you the news that General Motors was recalling every Chevrolet Camaro ZL1 built to address a problem with the supercharger and while this new Camaro recall is less likely to have an impact on the owner – it presents a much bigger risk to the drivers. This is actually an addition to a previous recall for the same problem and while that initial recall included 7,116 vehicles – this new recall adds 31,520 vehicles to the list. Among those 30k+ newly recalled vehicles are the Chevrolet Camaro, the Buick Verano, the Chevrolet Cruze and the Chevrolet Sonic from the 2012 model year.

In these 31,520 vehicles including an unspecified number of Chevrolet Camaro units, there is a component inside of the steering wheel that controls the function of the air bag system. If this component comes loose and touches the airbag terminals, the air bag warning light will illuminate. Should the car be involved in an accident while the driver’s side airbag system is shorted out and the air bag light is on, the driver’s side airbag will not open.

Needles to say, having the airbag not open in the event of a serious impact could prove to be deadly to the driver. Fortunately, GM is only aware of one accident where the airbag did not open in which there was an injury to the driver (GM did not specify as to which car on this list was involved in said accident).

Fortunately, the fix for this issue is fairly simple, as the dealership will replace the airbag coil inside of the steering wheel of the 2012 Camaro, Verano, Cruze and Sonic. Changing the airbag coil will eliminate this shorting issue and all of the work will be performed free of charge to the owner like all safety recall repairs.

No breakdown of units by vehicle has been offered thus far so it is unclear exactly how many Camaros are included, but with “only” 31,520 vehicles included plus the previous 7,116, 38,636 vehicles is a fairly small sample size considering the high volume of sales for the Cruze, Verano and Sonic. The details as to which units from the 2012 model year are affected in sparse, but it likely pertains to a small group built during a certain period.

cindy james fore wrote on October 23, 2014 - 8:22am Permalink
need recall list for my daughters car! concerned about the new warning withn explosive airbags
Mike Freeman wrote on April 3, 2019 - 7:05pm Permalink
After changing the rack and pinion on my 2012 camaro the traction control lights and service air bag lights came on. I've changed the r&p twice and both times this has happened. The dealerships reset the computer the first time. Now it is also making a clicking noise from behind the steering wheel, could all these problems come from a broken clock spring behind the wheel?