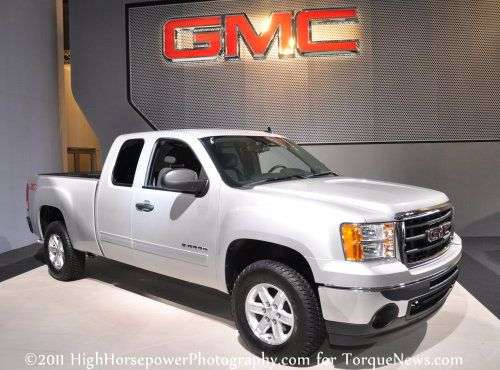 GM leads the US industry in June 2011 sales

Once again General Motors has claimed the top spot in the American auto industry with a 10.5% improvement over June 2010 allowing them to sell 215,358 vehicles in June 2011.
Advertisement

In a month where the Chevrolet Camaro’s shutout over the Ford Mustang in monthly sales was broken, GM was able to look past that as they proclaimed that the Chevy Cruze was the bestselling car in America – selling over 3,500 Cruze sedans in June 2011 than Toyota sold Camrys. Overall, GM ranked better than Jaguar/Land Rover, Toyota and American Honda based on growth percentages while very easily beating every other automaker in the industry in total sales.

GMC was the best brand from General Motors in terms of growth with a 14.9% improvement from June 2010 to June 2011. Growth within the brand was led by the GMC Terrain, with the compact SUV moving 51.8% more units this June than last. Next best in terms of growth was the Savana, up by 46.9% followed by the GMC Yukon with an increase of 35.7%. As is generally the case, the top model from GMC in terms of sales volume was the Sierra pickup truck family with 12,377 units sold followed by the Terrain (6,989), the Acadia (6,285) and the aforementioned Yukon with exactly 3,000 units sold.

Buick was next in line, with a strong month by their sedans accounting for a 13.2% increase in brand growth. Buick was led by the LaCrosse with an improvement of 11% compared to last year and the full sized LaCrosse also led the Buick lineup in total sales volume with 5,965 units sold. Technically, with 3,533 units sold in June 2011 compared to just 321 units sold in June 2010 – the new Buick Regal led the brand with a growth rate of roughly 1,000% but since the Regal had just become available at this time last year it doesn’t quite make for a fair comparison. In any case, this is a good sign as the new Regal continues to be popular alongside the LaCrosse and Enclave as Buick defines itself as an affordable luxury brand.

Chevrolet was the next best in terms of growth with an improvement 10.9%, with 156,848 units sold making them the bestselling brand from GM and the second best in terms of overall sales next to only Ford. Chevrolet’s top model in terms of growth was surprisingly the compact Colorado pickup with a 59.7% improvement over June last year. The Chevy Equinox was next in line with a growth of 56.3% followed by the Malibu at 14.6%, the Impala at 13% and the Camaro at 12.5%. The top model in sales volume for June 2011 was the Silverado pickup family with 32,579 trucks sold but the much bigger story was the Chevy Cruze moving 24,896 units last month. That makes the Cruze the single bestselling car in American – surpassing the struggling Toyota Camry.

Last but certainly not least, the Cadillac brand had a rough month in June 2011 – showing a negative growth of 7.9%. Nearly every model in the Cadillac lineup showed negative growth with the only positive growth models being the CTS family with an improvement of 0.1% and the sporty SRX at 3.9%. The biggest hits to the Cadillac lineup this past month was the rampant decline in sales of the DTS and STS sedans – both of which will be replaced by the upcoming Cadillac XTS. Cadillac can also expect to benefit from the BMW 3-Series-fighter expected to hit soon wearing the name ATS.

WindChaser ice maker wrote on July 5, 2011 - 7:27pm Permalink
I don't see any Delorean here. I love Delorean ever since I saw it at Back To The Future movie in the past!
song writing tips wrote on July 11, 2011 - 4:13am Permalink
GM is at it again! Congratulations to the guys in GM! How about a new model for Delorean, huh?