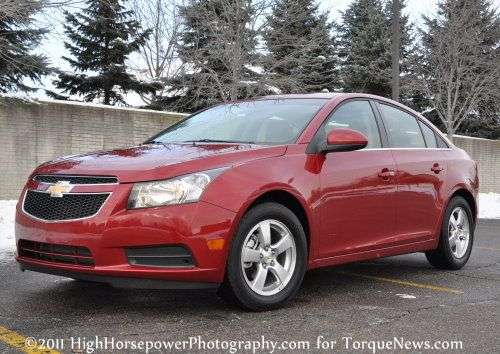 GM to build next generation Chevrolet Cruze in Lordstown Ohio

General Motors has announced that they will make a sizeable investment in their Lordstown Assembly Plant in Ohio to build the next generation of the popular Chevrolet Cruze – a model expected to launch late in 2014 for the 2015 model year.
Advertisement

The Chevrolet Cruze is the latest in a long line of General Motors compact cars built at the Lordstown Assembly Plant in Lordstown Ohio so it comes as no huge surprise that the company plans to build the next generation Cruze at this site in eastern Ohio. However, with the fact that the Chevrolet Cruze is a global vehicle (other names include the Holden Cruze and the Daewoo Lacetti) with assembly locations all over the world – there is always that chance that the company could opt to import vehicles. Luckily, GM knows better than to make a move like that at this point in time so the biggest of the Big 3 will continue building one of their bestselling cars in the good ol’ USA.

The current iteration of the Cruze was introduced in mid 2010 as a 2011 model year vehicle and it is expected to run through the 2014 model year. General Motors invested some $350 million in Lordstown Assembly to prepare the plant for Cruze production after that same site had built top selling models including the Chevrolet Cobalt and the Cavalier before it. The tooling and other upgrades needed at Lordstown Assembly to build the next generation Chevrolet Cruze will reportedly cost General Motors around $220 million.

Unlike both of those compact cars that were offered in a variety of forms including a sedan, a coupe and a convertible – the Chevrolet Cruze has only been offered in the US in sedan form. The current Cruze is only offered as a sedan and a wagon in other markets which has caused constant speculation that the 5-door model could arrive in the US with the next generation Cruze. There are also a great many American buyers who would love a new version of the Cruze to replace their tried and true Cobalt and Cavalier coupes so prospective buyers also have their fingers crossed that a low cost, 2-door model will arrive in 2015 or shortly after.