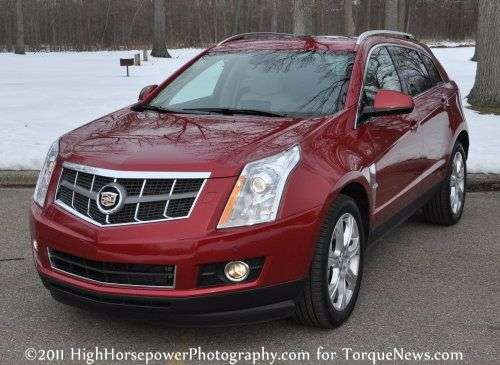 The numbers are in for February 2011 and General Motors has claimed the top spot in the US auto industry in both sales units and growth among major automotive companies with multiple brands.
Advertisement

General Motors saw an improvement of 49% in February 2011 compared to the same month in 2010, with 207,028 vehicles sold this year compared to 138,849 in 2010. The high number of vehicles sold allowed GM to comfortably outsell Ford (156,626 units sold) and Toyota (141,846 vehicles sold) and that improvement of 49% bested Toyota Motor Company with 42% and Nissan Motors with 32% gains over last February. Ironically, the absolutely best brand in terms of growth in February was former GM brand Saab, who saw a 463% improvement under their new ownership with Spyker.

General Motors’ strongest brand in terms of growth last month was Buick, with the reinvented brand moving 15,807 units – an improvement of 73% compared to February of 2010. The Enclave SUV was the best vehicle from Buick in terms of units sold (5,199) followed by the LaCrosse (4,329) and the 2011 Buick Regal moved into the third position with 3,705 sporty sedans sold last month. The strongest vehicle in terms of growth from Buick was the Lucerne, with a 98% improvement in sales over last year as the aging sedan continues to sell well. The most important bit of information from Buick is that all of their available nameplates saw year over year gains, making them the only GM brand to do so last month.

Cadillac was the next strongest brand from GM in terms of percentage growth from February 2010 to February 2011, with 15,768 vehicles sold accounting for a 70% improvement year over year. The Cadillac CTS family was the top selling vehicle, with the CTS Coupe, Sedan and Sport Wagon sending out 6,033 units in route to a gain of 124% over February last year. The popular Cadillac SRX was the next best in terms of sales with 5,502 SUVs sold, giving this sporty crossover a 55% gain over last February and the DTS was third with 1,512 large sedans accounting for an improvement of 148%. Needless to say, at 148% the DTS was the strongest vehicle in terms of growth for Cadillac (and the entire GM vehicle portfolio), with the CTS coming in second for the GM luxury brand in terms of growth with a jump of 124% and the Escalade EXT rounding out the top three in growth with 63.7%.

GMC was the next in line for GM in terms of year over year growth, with 59% more GMC trucks, vans and SUVs leaving dealerships in February 2011 than the same month in 2010. With 32,534 units sold, GMC sold more vehicles than Cadillac and Buick combined, making the official brand of the NFL the second largest brand among the General Motors marquees. The GMC Sierra was the top seller, with 11,696 pickups accounting for an impressive improvement of 86% over last year. The second bestselling vehicle from GMC was the Acadia with 7,547 units sold and the Terrain compact SUV rounded out the top 3 with 7,190 units moved. The strongest model from GMC in terms of growth year over year was the Yukon, with 2,817 large SUVs giving them an improvement of 123% over February 2010, followed by the Terrain at 90% and the Sierra at 86%.

Chevrolet was the worst in terms of growth for GM but with 142,919 units sold last month (an improvement of 43% over last February), Chevy was the second strongest selling single brand in the US market next to only the Ford brand. Chevrolet’s biggest seller last month was once again the Silverado lineup, with 31,728 trucks sold accounting for a gain of 60 over the same month last year. The Chevy Malibu was second in sales with 19,092 sedans sold and the new 2011 Chevy Cruze was third with an impressive 18,556 compact sedans sold last month. There were no Cruze models sold last year but compared to the February 2010 sales of the Cobalt (the car which the Cruze replaced), the Cruze sold 32% more vehicles this February than the outgoing Cobalt sedan and coupe sold last February – a sign of good things from the sporty compact sedan. Chevrolet’s strongest model in terms of growth was the Colorado, with 109% more compact pickups going out this February compared to last, followed by the Equinox at 92% and the Traverse at 62%. An important note for Chevrolet and General Motors was that in selling 6,245 units, the Chevy Camaro vastly outsold the Ford Mustang and the Dodge Challenger last month, giving GM the edge in the current muscle car war.

Things are looking great for General Motors but many analysts are quick to point out the high number of cash incentives on GM vehicles. Even though GM is still supporting these hefty rebates and discounts, things could tend to drop at the price of gas continues to rise. One bright point is that many of the top sellers from the 4 GM brands are either pickups (buyers are less likely to consider fuel costs when they need a truck) or compact cars that offer excellent mileage so the rising prices may actually help sales.

Other General Motors News:
The Camaro roughs up the Mustang and Challenger in February sales
Holden Series II Cruze introduced with new engines, sporty new trimlines
The Federal Government wants out of the GM deal
General Motors reports earnings of $4.7 billion in 2010
GM, Chrysler won't be at the 2011 Tokyo Motor Show