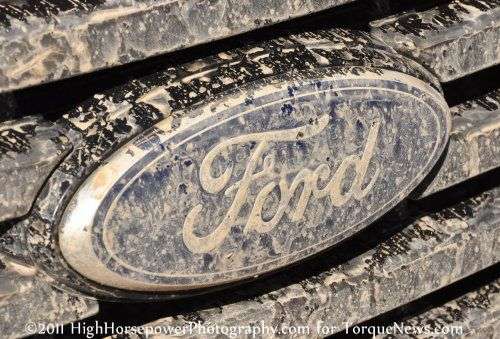 Ford is currently in talks with the Union Auto Workers over a new contract but with talks going very slowly, one major production facility has already voted to strike while another is currently voting with expectations of a similar decision.
Advertisement

The first UAW member vote to strike occurred this past weekend at the Kansas City Assembly Plant with a final tally of 3,049 to 18 in favor of going on strike. The Kansas City plant produces the popular Escape and Escape Hybrid, along with select Ford F150 models. There is currently another voting process underway at the Dearborn Truck Plant and according to Automotive News, sources indicate that the Dearborn labor group is also expected to vote heavily in favor of walking out. The final count from the voting in Dearborn is expected to come in as early as tonight once the 2,500 employees have placed their ballots. Should Dearborn join the Kansas City plant’s decision to go on strike, it could be a major hit to the production of the Ford F Series pickup and the Escape lineup – two of the company’s bestselling models.

It is a fairly routine process for union workers to go in favor of a strike in times of contract talks as this shows the automaker that they are willing to go on strike if their demands are not met but this looks to be more of a real threat rather than a warning shot as representatives have yet to be happy with concessions offered by Ford management thus far in their contract negotiations. The workers took cuts when things got tough in 2008 and 2009 and now the labor union wants to see those cuts paid back now that the company is profitable enough to be handing out multimillion dollar bonuses to the management members. Reports indicate that the UAW is seeking an overall raise, restoration of cost-of-living allowances and improved compensation for entry-level workers who currently only get half of what tenured workers receive.

The automakers are attempting to avoid adding annual fixed raises from year to year because while the company might have the money right now to pay more, if the sales market drops out like it did a few years ago, the company is not making the same money but they are expected to pay those same rates and face annual increases even in tough times. Unfortunately, with the American economy still teetering and car sales one of the most quickly affected markets by a sudden recession, the automakers concerns make good sense.

General Motors hopes to offer large annual bonuses in place of annual step-up raises which, according to them, will be more beneficial to the workers in the long run – provided that business continues to boom. The good news for GM (and Chrysler) is that when the two companies entered into bankruptcy in 2009, the UAW employees agreed to waive their right to strike while Ford employees refused doing the same.

A lengthy walk out at Ford’s truck assembly plants could be severely damaging to the company and their current momentum but UAW President Bob King has pointed out that General Motors has dealt with a short strike recently without any long term damage to the company. This is King’s way of saying that they are willing to walk out even if an agreement in close so Ford may face a rough time if they aren’t willing to succumb to the UAW demands.

Jonalist wrote on October 16, 2011 - 1:03am Permalink
Cross Country Automotive Services is just as expensive as any single handed Ford operation in cities that are boosting their tax incentives on big business activities and CCAS is not a Union feeder service just as Ford is its own service representative. CCAS is managing as a subcontractor LLC without that credential and is certainly not Unionized. Ford will find CCAS a real pain in the neck offering new software to manage todays high end consumer needs.