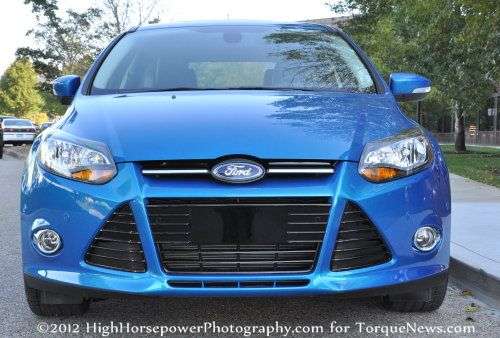 Ford and Lincoln both had excellent months in February 2012, with both of the brands from the Ford Motor Company showing positive growth compared to the same month one year ago – with Lincoln surprisingly leading the charge.
Advertisement

Ford Motor Company showed an overall year over year growth of 14.4% in February 2012 sales, with almost 180,000 vehicles sold placing them second, behind just General Motors in terms of US sales and almost 20,000 units ahead of Toyota. For the year, Ford Motor Company is up 11.2% over the first two months of 2011.

Ford’s growth in February 2012 was led by the luxury Lincoln brand with 6,912 vehicles sold giving them a 16.2% increase over last February. Lincoln was led in growth by the flagship MKS, which moved 857 units for an improvement of 50.9%. The Lincoln MKZ was second in growth with an improvement of 40.1% and the full sized Navigator sport utility vehicle was third in growth with a jump of 34.2%. in terms of sales volume, the MKZ was the top model from Ford’s luxury division with 2,487 midsized sedans sold last month. The Lincoln MKX was second in terms of sales units with 2,168 midsized crossovers sold (+32.5%) and the MKS was third in terms of sales with 857 units sold. The MKS will likely benefit from the midcycle refresh that debuted at the 2011 LA Auto Show once those new models begin hitting showrooms around the country.

The Ford brand had a strong month in February 2012, 172,207 vehicles sold making them the bestselling single brand in the United States. This gave Ford a 14.3% increase over the second month of 2011 as the nation’s bestselling brand continues to grow. Ford was led in growth by the new Focus, which grew by a whopping 114.6% over last year, helping the C Segment sedan and hatchback to become the bestselling car in the Ford lineup with 23,350 units sold. The Ford Mustang was the second best model in terms of growth with 7,351 Mustangs sold bringing about an improvement of 98.8% over last February. This also allowed the Mustang to lead the muscle car segment in sales last month, besting the Chevrolet Camaro and the Dodge Challenger. As always, Ford was led in sales by the F-Series pickup truck family which saw 47,273 vehicles leave dealerships last month but with an improvement of 25.9%, the F-Series was also third in overall growth within the brand. The aforementioned Ford Focus was second in sales volume with 23,350 units sold and the Ford Fusion was third with 21,773 midsized sedans sold in February.

Ford Motor Company should continue to see things improve throughout 2012, with the introduction of some sexy 2013 models including the new Ford Mustang. Also, with fuel prices rising, Ford has a strong foothold in the most crucial segments in the US auto industry, including a spread of hybrids and fuel efficient gas models thanks to their EcoBoost technology.