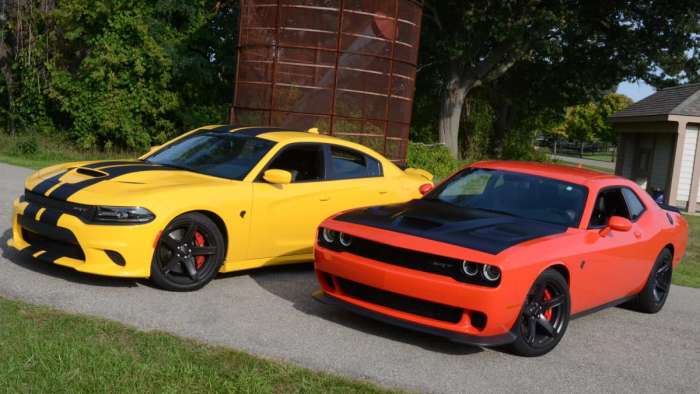 Dodge Challenger, Charger Give the People What They Want

Analysts insist that no one wants big sedans, huge V8 engines or rear-wheel-drive cars, but the Dodge brand thrives on everything that the experts claim Americans don’t want in a new vehicle.
Advertisement

During the 2019 calendar year, Dodge sold 96,935 examples of the Charger and 60,997 examples of the Challenger. While both are offered with optional all-wheel-drive, the vast majority of each is sold with rear-drive. Also, there is a base V6 engine, but both cars come with a trio of V8 engines which, at times, outsell the base V6. Finally, the Charger is a large sedan and the Challenger is a midsized coupe, although it is on the large end of the midsized segment.

Meanwhile, industry experts insist that no one wants big, rear-drive cars with gigantic, powerful engines. These experts insist that everyone wants a boring, compact crossover with an electric drivetrain, possibly that drives itself. This input has led both Ford and General Motors to begin dumping larger cars from their lineups, but despite it all, Dodge has stayed the course and the results have been strong. So how do they do it?
They give the people what they want, rather than building the cars that people are being told that they should want.

Dodge Focuses on the Unrepresented Driver
Unlike other automakers, Dodge doesn’t follow the guidance of industry experts. Sales numbers prove that the industry isn’t changing quite as quickly as the experts would have us believe, as Dodge sold more than 150,000 examples of the type of cars that experts claim are unwanted. In the grand scheme of things, 150,000 cars isn’t all that many, but that is still a significant number of people who want these types of cars. 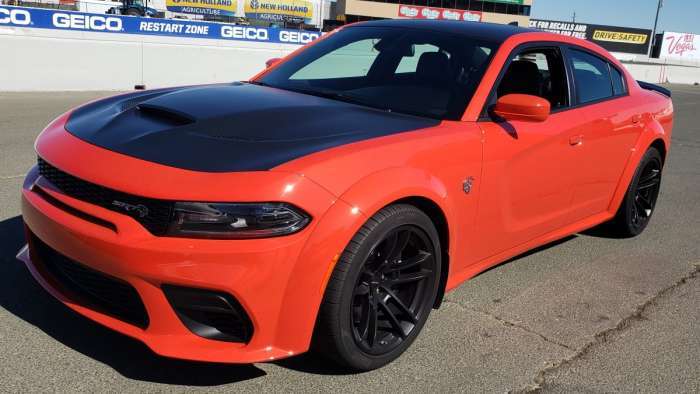 If all of the experts insist that no one wants cars like the Challenger and Charger, then it is clear that these experts aren’t representing the input of all drivers. They are clearly excluding the 150,000+ people who bought a big, rear-drive Dodge car last year while focusing on the people who want the smallest, cheapest and most efficient car possible.

Dodge isn’t interested in enticing someone who wants a compact 3-door hatchback with a front-wheel-drive drive that runs on AA batteries.

Dodge is interested in enticing the people who want a big, powerful car and over the past 5 years, the high performance brand has listened to what those people want, making regular tweaks to the lineup to support those demands.

Give the People What They Want
During the previous generations of the modern Challenger, many muscle car fans wanted more power. During most of the model years from 2008 through 2014, the Ford Mustang and Chevrolet Camaro offered more power and better performance than the Challenger. Mopar fans wanted a big-power model to battle the cross-town rivals, and in 2015, that car was introduced in the form of the Hellcat.

At 707 horsepower and starting under $60,000, the Hellcat Challenger was unlike anything the industry had seen before. Dodge brought supercar-like power the masses, crushing the best from Ford and Chevy with ease. The people wanted a monster muscle car and Dodge gave it to them.

Although the Challenger trailed its key competitors in power and performance, that has never been a problem for the modern Dodge Charger. Since being introduced, the Charger has been the best performing large car from an American automaker, making it the most popular big sedan in the local market. The Charger was more or less unrivaled in its class in 2014, but with the introduction of the Hellcat Challenger, Charger fans wanted a supercharged model of their own and Dodge gave it to them. The Hellcat Charger has become the best performing sedan in the world for a fraction of the cost of the European competitors.

After giving the people the Hellcat Challenger and Charger, the people wanted more power. Dodge responded with what is arguably the greatest muscle car of all time, the 840-horsepower, 9-second, wheelie-popping Dodge Demon. The only problem with that model was the limited production, making it impossible for many people to get one. The people wanted more power than the standard Hellcat, so Dodge came out with the 797-horsepower Redeye. Also, some people wanted a less expensive model to take drag racing, and Dodge answered with the 1320. 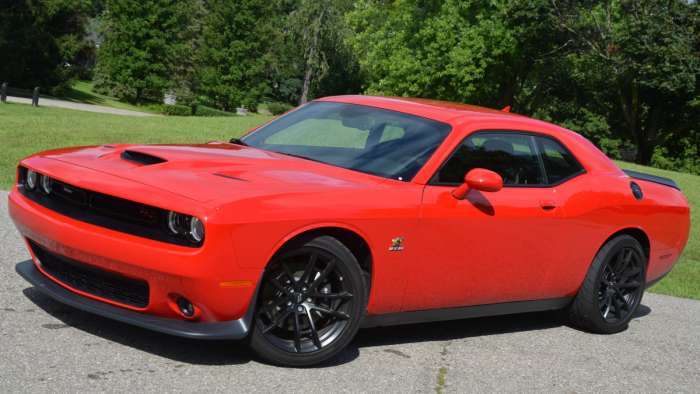 Along the way, Dodge also rolled out the widebody Challenger, which offers improved grip on launch and during cornering, further improving the performance capabilities of the brawny muscle car. Of course, the Charger crowd wanted more performance, so Dodge created the widebody sedans in Scat Pack and Hellcat form.

At this point, the people are clamoring for a Redeye version of the Hellcat Charger and our insiders told us last year that such a vehicle was on the way. We don’t know for sure, but based on Dodge’s recent history of giving the people what they want, we are eagerly anticipating a 797-horsepower Charger.

Finally, in addition to adding more and more power, Dodge has improved the performance of the intermediate V8 models without adding more power. The T/A and Daytona packages introduced improved handling, aerodynamics and braking with the same power levels as the R/T and Scat Pack.

Not Just Performance
Dodge has routinely created cars in the past few years that drew in hundreds of thousands of drivers who wanted a big engine, rear-drive and lots of interior space. However, the brand has listened to the input of those who wanted more than just gobs of power.

Over the years, there has been a demand for more premium interior features in lower priced trim levels and Dodge began offering the same options in the base V6 cars as the Hellcat cars, such as their award-winning infotainment system. There was demand for a base car that looked more like the premium models on the outside, so attributes of the Hellcat models were spread across the entire lineup of each car.

Some people wanted a Dodge Challenger that they could drive year-round in heavy snow, and the company introduced the GT model, marking the first time that an American muscle car had an AWD option in the lineup. Meanwhile, the Charger had been available with AWD all along.

Not Just Dodge
While Dodge is the brand which clearly listens to its customers the most, this is a practice that we see across the other FCA brands. Years ago, people wanted a high performance Grand Cherokee and the SRT8 was introduced. After the Hellcat cars came to market, Jeep fans wanted a supercharged model and the Trackhawk was introduced.

The bottom line here is that Dodge bucks the system, focusing on the drivers who aren’t being properly represented by industry experts. Dodge gives those unheard people what they want and the result is more than $4.5-billion in sales from those two cars in the last year alone. 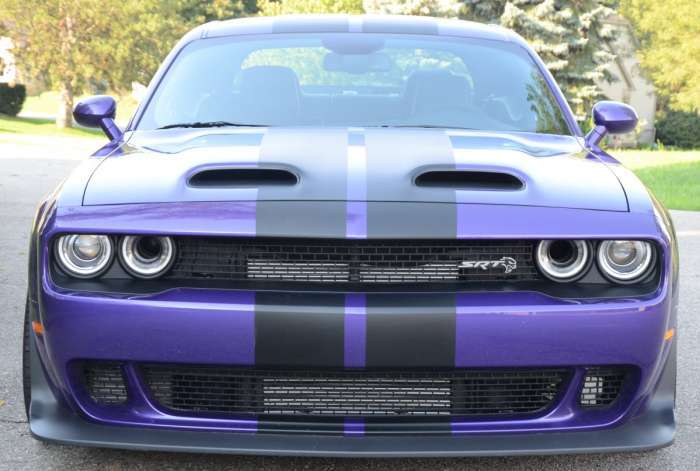 From all of the people out there driving cars that experts say we shouldn’t want, we thank the folks at Dodge for continuing to offer big, high performance cars with gigantic engines while they still can.

Patrick Rall is a professional writer and photographer with a passion for all things automotive. Patrick has been sharing his automotive expertise in automotive journalism from Detroit for more than a decade covering the Big Three. Having grown up in his father’s performance shop, he spent extensive time at the oval track and drag strip – both driving and wrenching on various types of vehicles. In addition to working as a writer, Patrick previously worked as an automotive technician before moving on to a business office position with a chain of dealerships, and this broad spectrum of experience in the industry allows him to offer a unique look on the automotive world. Follow Patrick on Facebook, Youtube and Twitter. Find more of Patrick's stories at Torque News Dodge. Search Torque News Dodge for more Dodge Challenger and Charger coverage from our expert reporters.

Mark440 wrote on January 19, 2020 - 3:02pm Permalink
YES WE WANT BIG..POWERFUL..REAR DRIVE..V8 POWERED CARS! Dodge needs a better job at marketing them..Same with Chrysler with the 300.. Yes the Hellcats&392's make records and have lots of publicity,,,, But you can gain more people by advertising the V6 versions and the capability of all wheel drive!!!!! Most people who are not gearheads don't know you can get a 300/Charger/Challenger in all wheel drive! Most people don't know the V6 can get 34 mpg!! Even the 5.7 Hemi gets 31 mpg plus! They need to advertise these cars not just to the gearheads and they do a great job at it!! But advertise them to the average Joe&Jane...They will grab a lot of mid size sedan buyers because they have no clue these cars exist!

Toyota's First EV Will Have a Name of BZ: Toyota BZ
First Videos From Inside The Boring Company's Las Vegas Loop
END_OF_DOCUMENT_TOKEN_TO_BE_REPLACED