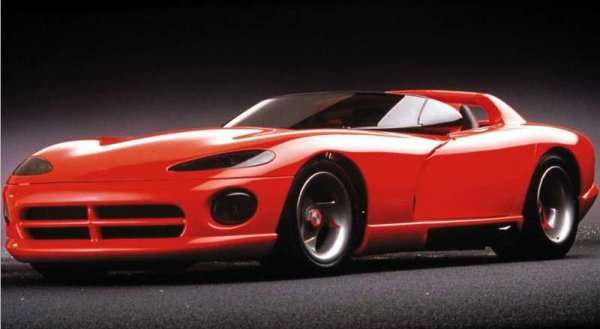 The internet has been on fire with stories criticizing the Chrysler Group for ordering that 93 early examples of the Dodge Viper that were originally donated to schools around the country be crushed – but those media sources have failed to mention that these cars were slated for destruction before they were built.
Advertisement

It isn’t unusual for an automaker to donate vehicles to a technical school so that the students can work on vehicles that are cutting edge and the access to wrench on the Dodge Viper was most certainly an exciting opportunity for these young technical students over the past decade. Unfortunately, when these vehicles were lent to schools around the country some 10 years ago, the agreement between the automaker and the different schools stated that once the vehicles were no longer a benefit to the learning process, they were to be destroyed. The company wanted to make sure that these Vipers would not be sold by the schools so the automaker technically retained ownership and that is why they have the right to decide that these early supercars are no longer beneficial to the students. After all, the technology in these early Vipers is fairly crude relative to literally every new car sold in America these days. It was probably still a whole lot of fun for the kids to play with these Vipers but with these cars being more than 20 years old at this point, their value as good learning platforms is clearly questionable.

Since this story hit the world of social media, Mopar lovers have been freaking out about the fact that 93 perfectly good Dodge Vipers were being destroyed and that the company should do something to save them. Some guys point out that the cars can’t be that valuable at this point so why not take them all back, clean them up and sell them to collectors or other folks who want to buy an older used Viper on the cheap. The problem with this idea is that the vast majority of these cars are either preproduction or prototype vehicles and vehicles classified as preproduction and/or prototype are not legal for sale. These cars generally have components that were not included in the safety and emission testing that is required of every street legal vehicle, but the government allows automakers to register these vehicles in the company name and drive them on the street for their own testing purposes. However, in exchange for being allowed to drive cars that may not meet crash test safety standards or pass emission tests, the automaker is prohibited from selling these cars. Because of that, the vast majority of preproduction cars meet the crusher at a much younger age then these Vipers, but the Vipers were able to live a long life as project cars for schools around the country.

The next suggestion from angry Mopar fans is for Chrysler to get all of these Dodge Vipers back and then hand them out to museums. The problem with this idea is that these cars are mostly preproduction or prototype so they might have a level of fit and finish that isnt representative of what the cars sold to the public looked like inside or out. Chrysler doesn’t want people in a museum to look at a Dodge Viper and think “wow…look how that dash doesn’t fit right” or “wow…look at the size of the gap from the door to the fender.” There is also the issue that these cars were built over 20 years ago and after serving as testing and show cars, they have spent the last decade being worked on by technical students…so there is a good chance that there is more wear and tear than you would expect from a car of this age. Finally, the museum idea is flawed because with 93 cars, the automaker would have a hard time finding enough museums that would want to take a 20+ year old preproduction Dodge Viper that has been worked on by kids for 10 years.

Finally, Mopar lovers want to know why the company wouldn’t call these Vipers back and strip them down, selling the components piece by piece as collectables. I have seen a near endless collection of automotive body parts turned man cave décor ranging from a hood hanging on the wall to a wheel and tire combo turned into a see-through coffee table. The problem with this idea is that Chrysler would first have to incur the cost of getting the cars back and then they would have to pay to tear the cars apart. Once that was done, they would have to refurbish all of the components to be of high enough quality to sell to the fans and, like the acquisition and tear down, this would all cost money. When you factor in all of the expenses involved in turning these 93 Vipers into hundreds of collectable items, the company would have a hard time making enough money to justify the effort.

The bottom line is that the Chrysler Group was contractually obligated to destroy these cars as soon as they were given to the schools. If getting them back to sell as whole cars, part out as collectable trinkets or donating them to museums was a real possibility, the company would have done that in the first place but the fact that they were shipped out to be wrenched on by inexperienced kids prior to being crushed like most other prototype and preproduction vehicles is a pretty clear sign that donating and destroying was the best option for the company from a financial standpoint…and finances is what the auto industry is all about.

Note: The Dodge Viper shown at the top of this piece is not one of the cars headed to the crusher. It is a stock Dodge image of the original Viper Concept from 1989.

Chris wrote on March 7, 2014 - 9:40pm Permalink
Your argument falls flat with two words: Corvette Museum. People visit it and enjoy seeing one off vehicles which all didn't make it to the public. Fans of the car would be please to see these machines and won't get so upset they aren't perfect. Chrysler is doing nothing but upsetting current and future potential customers. Not a wise move for a company which needs people to spend their money on a major purchase.
Michael wrote on March 8, 2014 - 12:28am Permalink
Uh, no, Chris. The Corvette Museum's existence does nothing to undermine this article. That museum has one, perhaps, two versions of a given Corvette model. These are 93 versions of essentially the same car. Plus, as the article states, they'd look terrible having been worked on by kids for 10 years. If anything, showing these cars in museums -- assuming that there are that many museums that would have any interest in them -- would hurt Chrysler's reputation. Only people who are big fans of the Viper are upset. Most people couldn't care less, and they certainly don't make a car purchase decision based on whether Chrysler pulverizes these things or not.
john wrote on March 7, 2014 - 11:58pm Permalink
Selling those cars would not be wise. They have been disassembled and reassembled ho knows how many times buy students over the last 20 years. Their reliability and safety has to be questionable at best.