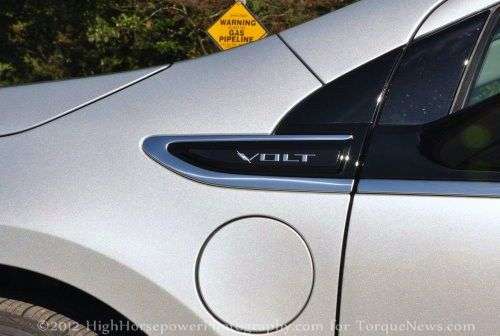 The Chevrolet Volt had its best month ever in September 2012 and for the 8th straight month the electric Chevy has badly outsold the Nissan Leaf - this time by a margin of almost 3 to 1 as the Japanese competition continues to try to fill the preorders made more than 3 years ago.
Advertisement

The good news for Nissan Motors was that in September 2012, they managed to deliver more versions of their Leaf electric vehicle than they have in any other month this year. The bad news for Nissan was that the Chevrolet Volt also posted its best month of the year so the Leaf didn’t gain any ground on the American EV even in what proved to be a strong month for the Leaf.

In September 2012, General Motors sold 2,851 examples of the Chevrolet Volt to set a new monthly sales record for both itself and the electric vehicle segment in the US. The Volt beat its previous best sales month of August 2012 by just 20 units but in September 2012 GM sold more than 294% more Volts than they did for the same month in 2011 when they sold just 723 Volt electric vehicles. This new record best is more than a thousand units higher than any month in Volt sales with the exception of August and February 2012. In short, September 2012 was a very good month for the Volt.

On the year, General Motors has sold 16,348 copies of the Chevrolet Volt which accounts for a stunning increase of 320% over the number of Volts sold during the first 9 months of 2011. More importantly, with September being the 8th straight month where the Chevrolet Volt has badly beaten the Nissan Leaf in sales, the electric Chevy has sold more than three times as many units as Nissan has sold the electric Leaf – allowing the Volt to amass a lead of 11,136 units on the year. The Volt’s average monthly sales of 2,396 units has the GM’s revolutionary EV on route to sell just shy of 22,000 vehicles this year provided that we don’t see a sudden dip in EV sales.

The Nissan Leaf had its best month of 2012 in September, delivering 984 units to American buyers but that was still roughly 5% worse than the delivery figures recorded in September 2011. For the 2012 calendar year, Nissan has delivered 5,212 units in the US due to production constraints in Japan. GM has sold more Volts than that in the last two months.

If you wondered why I talk about how many Volts General Motors “sold” while I reference how many Leaf EVs Nissan “delivered”, that is because Nissan isnt actually selling the Leaf right now. During the 2010 calendar year, Nissan took a new and interesting approach to selling a vehicle – taking reservations that required just a small yet refundable deposit. Before Nissan could react, they had received 20,000 preorders for the Leaf and since then they have been working to deliver on all of those preorders. Because of that, the new Nissan Leaf EVs being delivered each month are not new orders but rather, these newly sold units are based on orders that were placed more than two years ago. Nissan plans to fix this problem by beginning production of the Leaf in the US later this year but that increased production capacity will come way too late to make any difference in the 2012 electric vehicle sales race.

This could be one of the key reasons that the Chevrolet Volt has so badly outsold the Nissan Leaf in almost every month in 2012 shy of January. Right now, a consumer who wants a new Chevrolet Volt can walk into almost any Chevrolet dealership in the country and if they cannot drive one off of the lot – they can place an order for a car that is soon to be built and delivered. On the other hand, a consumer who wants a Nissan Leaf can only go to a local dealership and put their name on a list to be contacted when ordering has started back up. Nissan plans to begin taking new orders soon but those consumers will still have to wait until the 2010 preorders are all filled.

If the annual sales battle between the Nissan Leaf and the Chevrolet Volt were a football game, the results of September 2012 would be the equivalent of the Volt throwing a 90 yard touchdown pass to extend an already insurmountable lead. Things haven’t been great for the Nissan Leaf in 2012 as consumers around the US have shown a strong preference for the Chevy Volt due in part to its gasoline powered range extending engine. Even though the Volt costs quite a bit more than the Leaf, sales numbers do not lie and the story told by the 2012 EV sales announces pretty clearly that the American automotive consumer is more interested in a vehicle that does not cause range anxiety.

Editor's Note - October 9th 2010: Click here for a look at why we decide to compare the sales figures of the Nissan Leaf and the Chevrolet Volt each month.

LG's New EV Battery Plant Is a Welcome News for Tesla
Tesla Giga Berlin's New Hurdle: It's Not Only the Gov't, but Now Tesla Itself
END_OF_DOCUMENT_TOKEN_TO_BE_REPLACED