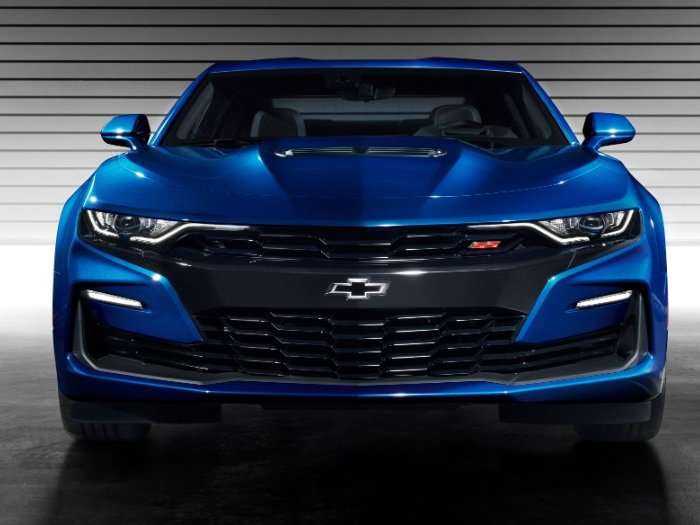 A recent customer survey from Chevrolet was posted on Camaro6.com, asking potential Camaro buyers whether they would consider a hybrid V8 with 545 horsepower and the ability to yield 24 miles per gallon combined with an upcharge of $8,000 – suggesting that the automaker could be cooking up a high performance hybrid muscle car.
Advertisement

Before getting into the details of this interesting bit of information, I want to stress that this is not an announcement of a new Chevrolet Camaro SS Hybrid with 545 horsepower. As part of a recent customer survey, these folks were asked whether they would consider buying two different hybrid powerplants in the Camaro – one of which is a 545-horsepower V8. This information doesn’t guarantee anything, but it suggests that GM is at least considering a big-power hybrid V8.

Hybrid Camaro Survey
According to a thread on Camaro6g.com, current Camaro owners were asked the following question:

Dissecting the Options
So, the 2.7L turbo engine is currently offered in the 2019 Silverado and based on this survey, this would be the base engine with no additional charge. The turbocharged, hybrid-assisted 2.0L mill would offer considerably better performance and 20% better fuel economy than the non-hybrid turbo-4, but it would carry a $4,000 upcharge.

Finally, it looks as though the current 3.6L V6 is not being included in the Camaro's future plans, which doesn't come as a surprise.

Big-Power Hybrid V8
Both of the hybrid engines sound interesting, but there is no question that the big news here is the 545-horsepower hybrid V8. While the $4,000 upcharge over the standard V8 is a big jump, we are talking about an increase of 20% in horsepower and fuel economy. Also, based on my experiences with other hybrid V8 engines, the electric-assisted V8 Camaro would likely have sharper throttle response.

In other words, more power, better fuel economy and improved driving dynamics at the cost of $4,000 over a traditional V8. Also, while this really doesn’t matter to most consumers, this fuel efficient V8 would help improve the brand’s overall CAFÉ fuel economy scores.

Again, this survey doesn’t promise anything, but it proves that GM is at least considering a high performance hybrid V8 for the Camaro. For the company to talk about this, you would think that engineers have at least worked out the numbers to see what is possible and a 545-horsepower V8 would be an engine that the automaker could use in a variety of vehicles.

Daniel R. Watkins wrote on October 23, 2018 - 10:23am Permalink
This is a survey at dealerships or in the mail? No photo? Wonder what the results are.
DeanMcManis wrote on October 26, 2018 - 3:29am Permalink
It is smart of Chevy to get the opinion of their customer base on these future engine choices. The hybrid V8 gets almost the same gas mileage as the new turbo 4, but offers 0-60 acceleration close to the 650HP Camaro ZL-1, for $20K less? Sign me up!
Chuck Walz wrote on October 26, 2018 - 4:06pm Permalink
I think it's a great idea. I'm sure it'll be more than I could afford but if it weren't I'd seriously consider buying one.