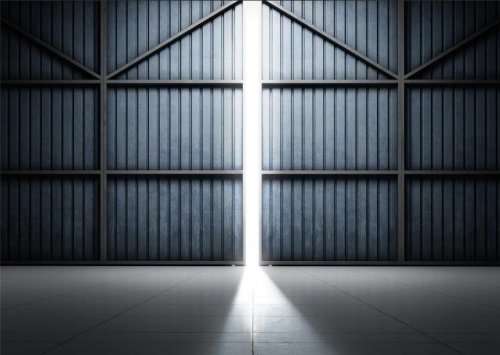 Bugatti posted a picture earlier this week of what appears to be the doors of an airplane hangar with the simple explanation that they would soon “share the latest example of exceptional Bugatti performance” but no other information was offered – leading us to wonder what the Italian supercar builder will introduce via the social networking universe.
Advertisement

It has been long speculated that Bugatti is working on a 1,600 horsepower version of the mighty Veyron that would appropriately be named the Super Veyron and that Super super car might be the surprise announcement on Facebook. There is also the idea that the virtual debut will introduce the world to the production version of the Bugatti Gailber high performance sedan – or there might just be another limited edition version of the Bugatti Veyron Super Sport that would offer a higher top speed than the current Super Sport.

For those who don’t keep close tabs on the supercar segment or the rankings for the fastest cars in the world, the Bugatti Veyron Super Sport previously held the record with a top speed of 267.8 miles per hour. Last week, the Hennessey Venom GT attempted to break that record and put down a new top speed of 265.7 miles per hour – seemingly falling short of the Veyron’s 267.8. However, Hennessey pointed out that the Bugatti Veyron Super Sport in production form is electronically limited to 258 miles per hour so the Super Sport that set the record at 267.8 was technically recorded with a modified vehicle. The Guinness Book of World Records people agreed, stripping the Veyron SS of its title of the world’s fastest car and handing that claim to the Hennessey Venom GT which was able to hit 265.7 in fully stock production form.

The Bugatti Veyron Super Sport is clearly capable of hitting a higher top speed than the Hennessey Venom GT but the speed limiter technically prevents the Veyron from setting the record. The planned Facebook reveal could be a new package applied to the Super Sport that does not have the speed limiter. Maybe they could call it the Veyron SS 267 or something to rub it in Hennessey’s face. At the same time, the rumored Super Veyron with 1,600 horsepower would almost surely be able to reclaim the top speed record and with a significant increase in power (and probably no speed limiter) – the Super Veyron could smash the record set by both the Hennessey Venom GT and the “old” Veyron Super Sport. For what it is worth, the majority of the fans of the Bugatti Facebook page believe that the high performance Super Veyron will be the surprise online debut.

Finally, there is the outside chance that the big debut on Facebook expected to hit sometime this week could be an entirely new Bugatti vehicle that has little to do with the Veyron, the Super Veyron or the Galibier. While it seems unlikely that a company like Bugatti would use social networking to debut a new model, the limited sales figures of the Italian super luxury brand allow this company to unveil cars pretty much anywhere that they want. Whether Bugatti debuts a car at the Geneva Motor Show, the Detroit Auto Show or on Facebook – the odds are good that there will be plenty of publicity, plenty of media coverage and no issue selling every unit built.

Needless to say, we will be keeping an eye on the Bugatti Facebook page and should any more information become available on the mystery reveal – you will find it here on TorqueNews.com! What do you think that this debut will be? Tell us in the comments!

LG's New EV Battery Plant Is a Welcome News for Tesla
Tesla Giga Berlin's New Hurdle: It's Not Only the Gov't, but Now Tesla Itself
END_OF_DOCUMENT_TOKEN_TO_BE_REPLACED