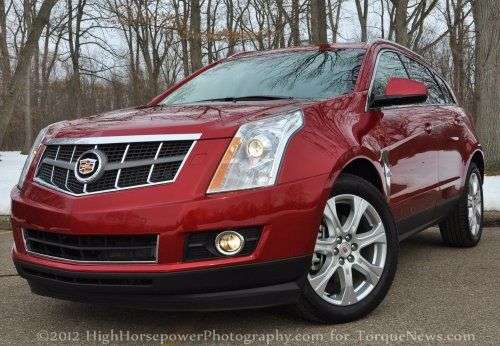 October 2012 proved to be a good month for the folks at General Motors, with all four of their current brands showing positive growth while the company as a whole led the US market in sales volume with 195,674 vehicles sold last month.
Advertisement

Surprisingly, it was the Buick and Cadillac brands that were GM’s strongest in terms of growth in October 2012 sales. While 2012 has been an up and down year for both of these upscale brands, both of them posted gains of 14.5% in October with a great deal of help from two new models.

Cadillac moved 13,505 luxury models in October 2012 for an increase of 14.5% compared to the same month last year. Cadillac was led in both growth and sales volume by the compact SRX crossover with 5,521 units accounting for an increase of 10.8%. The only other model in the Cadillac lineup to show positive growth last month was the Escalade EXT with this high end pickup sporting a growth of 6.7%. in terms of sales volume, the SRX was trailed by the all new Cadillac XTS with 2,540 units sold and the CTS family was third in sales with 2,344 units sold. The CTS, which is usually the bread and butter of the Cadillac lineup, is most likely seeing this dramatic drop in sales as consumers eagerly await the arrival of the new ATS sport sedan. On the year, Cadillac has moved a total of 117,017 units for a drop of 6.4% compared to the same period last year.

The Buick brand moved 13,384 sedans and SUVs last month, accounting for an improvement of 14.5% over October 2011. The only model to show positive growth last month was the Buick LaCrosse with a minimal increase of just 2.2%. In terms of sales volume, the Enclave was the top model with 4,273 SUVs sold while the LaCrosse was second with 4,139 units sold. Sitting in third was the new Buick Verano with 3,502 compact luxury sedans sold in October 2012. On the year, Buick has moved 150,646 units – a drop of just under 1% compared to last year.

The GMC brand was third in growth through October 2012 with an increase of 6.2% as the brand of trucks and SUVs sold 33,570 units last month. GMC was led in growth by the Savana van with an increase of 15.1% follow by the Terrain (up 14.7%) and the Acadia (up 11.5%). In terms of sales volume, the Sierra pickup family was the top model with 14,568 units sold last month. The Terrain was second in sales with 7,286 compact SUVs sold while the full sized Acadia rounded out the top three with 5,613 units sold. On the year, GMC has sent out 340,128 new trucks, vans and SUVs – accounting for an overall increase of 4.2%.

Last in line for General Motors in terms of October 2012 sales growth was Chevrolet, with 135,505 vehicles sold accounting for an improvement of 2.7%. More importantly, that sales figure allowed Chevy to be the second bestselling single brand in the US, next to just Ford. The top “civilian” model from Chevrolet in terms of growth was once again the Volt with the electric Chevy posting a growth of 167.2% in October. The new Chevy Sonic was second among non-commercial vehicles with a gain of 43.4% and the Cruze was third with a jump of 33.8%. (Note, I specify civilian and non-commercial as the Captiva Sport and Chevrolet Caprice both posted strong growth numbers but neither of those models are available to the general public.) In terms of sales volume, Chevrolet was led by the Silverado pickup family with 38,739 trucks sold while the Cruze was second with 19,121 units sold and the roomy Equinox SUV was third with 15,487 units sold last month. For the year, Chevrolet has moved 1,555,688 new vehicles – bringing about an increase of 4.7% over the first ten months one year ago.

The biggest change for General Motors in the near future will be the launch of the new Cadillac ATS, as this model should make a huge impact on the Cadillac lineup and the company as a whole.