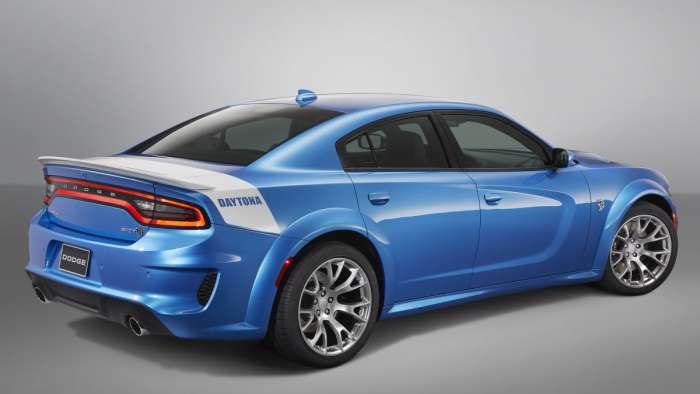 2020 Dodge Charger Production: All Daytona Hellcats to be Built in 2019

We still don’t know when the first 2020 Dodge Charger SRT Hellcat widebody will be delivered, but we know that all of the Daytona versions will be built during the 2019 calendar year.
Advertisement

Last week, I traveled with the folks from Dodge to California, where we tested the 2020 Dodge Charger widebody models on the road and on the track at Sonoma Raceway. You may have already seen a few of the videos from that event, but you have not, click here for some in-car footage along with a big, nasty burnout.

Since before I went to test drive the 2020 Dodge Charger widebody models, I have been peppered with the same question from everyone who is interested in buying one of the widened super sedans. They all want to know when the cars will go on sale and when the first units will be delivered. Unfortunately, FCA will only provide vague answers to those questions, explaining that the 2020 Charger will go on sale sometime in the next few months with the first units being delivered early next year. 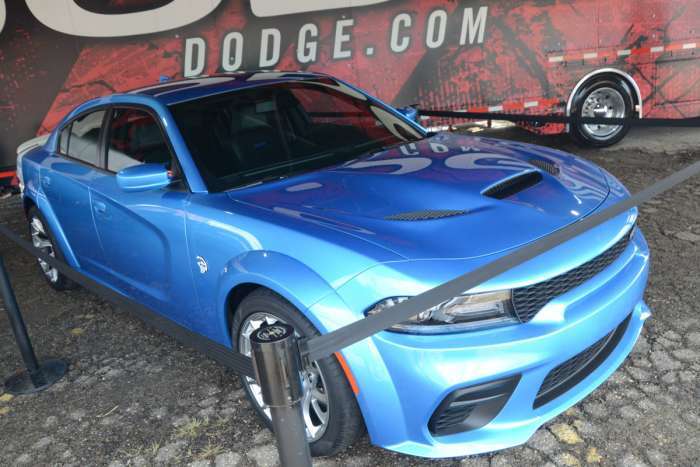 Considering that we are in the fourth quarter of 2019, it makes good sense that a 2020 model would be on sale in the next few months and it makes even more sense that the first units of the 2020 Charger SRT Hellcat widebody would be delivered sometime early in 2020. That information really doesn’t shed any light on the situation, but we do have some timing data that is a bit more useful – all Daytona 50th Anniversary Edition Hellcat Chargers will be built during the 2019 calendar year.

Daytona 50th Anniversary Hellcat Charger
Shortly after the 2020 Charger was introduced with the new widebody package, Dodge announced that the Hellcat models would be offered in Daytona 50th Anniversary Edition trim. The Daytona package has been offered on a handful of modern Charger sedans, but it was first introduced for NASCAR for the 1969 model year and racing season.

The Charger Daytona and the related Plymouth Superbird were so successful that they were quickly outlawed by NASCAR, but the road-going versions have become legendary collectables. To celebrate that legend, Dodge created the Daytona 50th Anniversary Edition package for the Charger, but with this package applying to the 2020 model year, many people have asked how 2020 celebrates 50 years of something that was introduced in 1969. 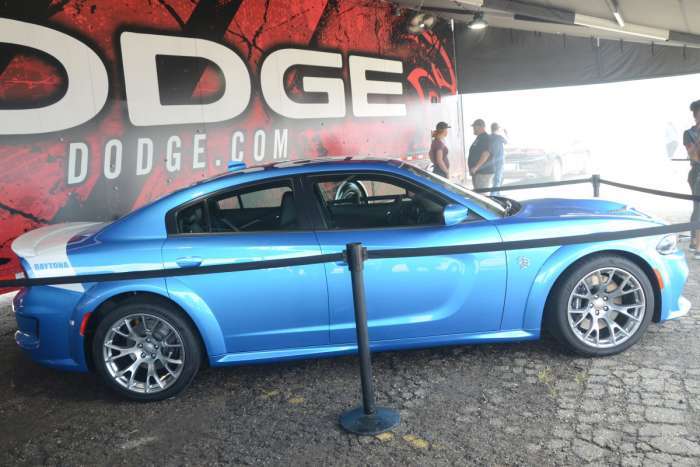 Well, at the media drive last week, it was explained that all 501 examples of the 2020 Dodge Charger SRT Hellcat Daytona 50th Anniversary Edition will be built during the 2019 calendar year, so while their model year might account for a 51-year difference, the unique Hellcats being built to celebrate the 50th anniversary of the Charger Daytona will be built during the 50th anniversary calendar year.

2020 Charger Production
With this information, we know that production of the 2020 Dodge Charger SRT Hellcat with the standard widebody package will begin during the 2019 calendar year. No one from FCA could confirm that the Daytona models will be the first 501 built and we expect that when they are being built, there will be non-Daytonas on the line at the same basic time, but the key takeaway here is that Charger widebody production will definitely begin in the next three months.

We should point out that while production will begin in the fourth quarter of 2019, that does not mean that deliveries will begin before the end of the year. Since the widebody Chargers were introduced, FCA has been targeting the first quarter of 2020 for deliveries and when you factor in the intense quality control process of each new-to-market Hellcat car, we would still expect to see the first units reach dealerships during the 2020 calendar year. However, with production set to begin this year, those folks who ordered a 2020 Charger Hellcat widebody – particularly in Daytona 50th Anniversary Edition trim – could be getting them while there is still snow on the ground. 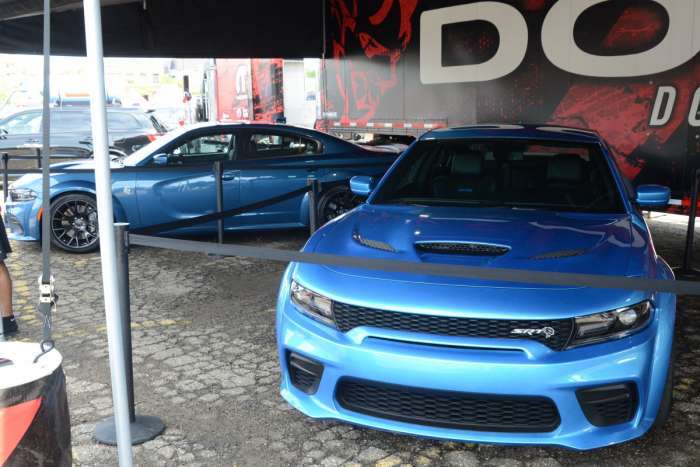 As soon as we know more about production and delivery time tables, we will share them with you, but for the time being, we fully expect the Brampton, Ontario Assembly Plant to begin churning out 2020 Dodge Charger SRT Hellcat widebody models within the next three months.

Tesla-Funded Research Reveals One of The Biggest Mysteries of EV Battery
Tesla Tesla Buyer Nets a Whopping $12,000 Discount After Asking for Reduction
END_OF_DOCUMENT_TOKEN_TO_BE_REPLACED