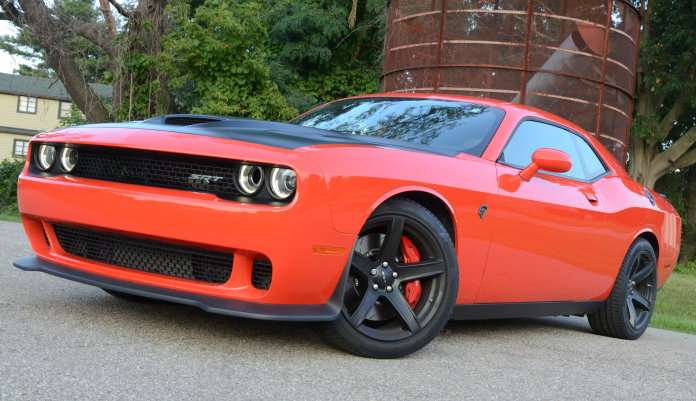 Before getting into the production totals for the 2017 Dodge Challenger SRT Hellcat and the 2017 Dodge Charger SRT Hellcat, I want to explain the source of these numbers. These numbers come from a member of the forum Hellcat.org who goes by the name PLMCRZY, and he has posted the accepted Hellcat production numbers for each of the 3 model years. He doesn’t explain where he got the information and these numbers are neither official nor are they officially confirmed, but they are the only Hellcat production numbers available.

FCA will occasionally reference sales totals for a model like the Hellcat cars, but the company (and other automakers) do not offer a detailed breakdown of sales units for a particular trimline. FCA will announce how many Challengers and Chargers they sell in 2017, but the company is unlikely to announce production numbers specifically for the Hellcat Challenger for the 2017 model year. Because of that lack of official information, we have been forced to rely on unofficial numbers gathered by a source which is believed to be reliable.

It should be noted that FCA would not confirm these numbers (just like they would not for the 2015 and 2016 model years), but an insider who asked to remain unnamed told me that “the totals sound about right”, and this is a person who likely knows the actual numbers.

So the bottom line is that these are not official numbers, but the numbers from PLMCRZY have been accepted as accurate over the past few years, so these are likely the only production numbers that we will get for the 2017 Dodge Challenger and Charger in their SRT Hellcat forms.

2017 Dodge Challenger SRT Hellcat Production
For the 2017 model year, Dodge built 2,976 examples of the Hellcat Challenger, with 735 having the 6-speed manual transmission and the other 2,241 are equipped with the 8-speed automatic transmission. Pitch Black (640 units) was the most popular color for the 2nd year in a row, Destroyer Grey (365) was 2nd, Yellow Jacket (355) was 3rd, White Knuckle (328) was 4th and Go Mango (298 – shown above) was 5th. The least popular color for the 2017 Hellcat Challenger was Maximum Steel for the 2nd year in a row, with just 41 units built.

This total of 2,976 Dodge Challenger SRT Hellcats built for the 2017 model year is down substantially from the 2015 and 2016 model years, when the company built 7,168 and 11,995 707hp Challengers. This shows that the demand for 707 horsepower cars is fading a bit after more than 20,000 examples have been sold, but at the same time, somewhere in the area of 3,300 buyers have opted for a new Demon rather than a Hellcat while others have ordered Hellcat Widebody cars for the 2018 model year.

We are likely to see a solid spike in Challenger sales for the 2018 model year with those new packages, while having those new models will likely help sell more Hellcat Challengers.

Dodge Hellcat Production Totals from 2015-2017
Based on the unofficial numbers from PLMCRZY from Hellcat.org, Dodge has produced 22,139 Challenger SRT Hellcats and 7,248 Charger SRT Hellcats through the first 3 model years, leading to a production total of 29,387 cars packing the supercharged 6.2L Hemi V8 in the past few years.

Greg Price wrote on October 2, 2017 - 1:04am Permalink
2017 challenger srt hellcat blk
Theodore LaBrecque wrote on May 6, 2019 - 2:28pm Permalink
I want the maximum steel color fully loaded with drag tires
Craig Williams wrote on May 10, 2019 - 1:57pm Permalink
If you contact FCA group like I did they took my VIN and broke down production totals of car with all options and colors. It was free, found out I have a 1 of 4 produced car.