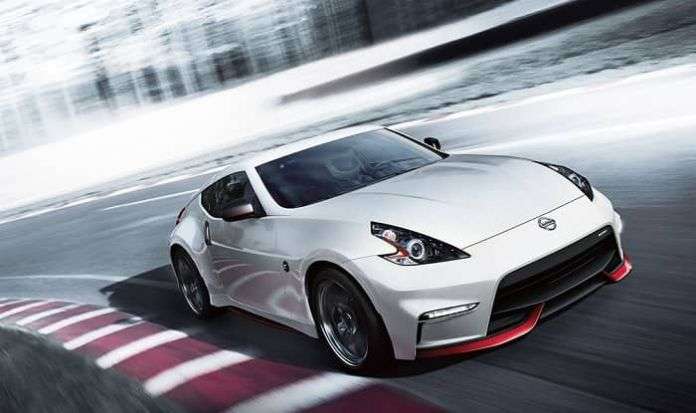 Why Nissan Has Z Car Problems And What It Can Do

Some 370Z owners say Nissan failed to give consumers an affordable sports car and need to find a way to reduce the cost of parts, research and developments and maintain an affordable margin for the average 370Z buyer.
Advertisement

Yesterday when I published the story discussing how can Nissan sell more Z cars many Nissan 370Z owners made productive and helpful comments. They are mostly related to the high cost of Z cars, but there is more to the story. William Lopez from from Z Owners Only Facebook group made this long comment presenting few interesting ideas. Here is Lopez in his own words.

Nissan Needs Affordable Z Cars
The thing is, Nissan failed to give us an affordable sports car that could out beat or outmatch its competitors at the time. When Nissan turned away from the "affordable sports car" back in 1978 when the first 280zx (Fairlady Z) was built in Japan the automaker noticed that all the other cars in the market at that time in the US were aimed to be sold to the people who wanted a Grand Tourer with all the fancy stuff and smoother ride.

The Nissan 280ZX once landed in the 1979. It began a new wave of people turning away the ZX because it wasn't very much affordable anymore and not "a true sports car." Now the ZX isn't a bad car nor is it the best either. I own a 2+2ZX so I know my facts.

Today's Sports Car Drivers Differ from Those of 70s-90s

The problem that began the whole mess of over-priced Z cars till this day was the fact that the automotive industry made too many changes too quickly and the people who are into these cars today, aren't the same as they were in the 70s and even 90s.

All the new tech, computer assists, parts research, experiment and developments are in a way making the price of these cars not affordable compared to when 240Z was introduced as a true affordable sports car.

That idea has been taken and modified to where now you have to fight yourself to either buy a new 370Z NISMO, or just step up another $50k and buy a GTR.

Reliability and Cost of Maintenance

The other problem is manufacturing development. Since 2000 and until this day look at the reliability margin of a 2000 Nissan Maxima with the v6 and look at the reliability margin of a 2000 Toyota Camry (Japan vs Japan in this case). Parts, costs and reliability values are higher for Toyota than it is for its mainland fellow Nissan. If Nissan can spend more money to do better research, and development and find more affordable parts, yet still maintaining an affordably priced Z car for the average car buyer, it would be as simple as what they say about GM, "parts are affordable, repair costs are affordable and overall an efficient reliable vehicle.

Please let us know what you think on this subject in the comments section. Let's discuss the subject and find really what is going on with Nissan Z cars.

Designmind wrote on October 29, 2017 - 11:15am Permalink
I'm not of the belief Nissan "OWES" anybody an affordable Z car.In the beginning it was an experimental,gabble ,that worked.It was the right car ,at the right time,when mostly British cars were churning out ,under developed,long in the tooth designs. The British cars didn't have to disappear,they just had to do what Japan did at the time,listen to the buyers and road testers and improve the design. I have a 240z and a 280z.I have own a dozen more when they were cheap and plentiful ,used. All sports car manufacturers should follow Porsche, keep the same shape,and make different models from the same basic platform. Yes the Porsche is not the same car as it was in the 60's.But it never lost it's Identity. I think when the Z went into the ZX it lost it's Identity,that the Porsche 911 managed to keep fully intact. Porsche had the same problems in that era, Pollution,crash bumpers,aerodynamic issues during racing,it had the same set of problems yet remained true to the original design. Nissan real has to not ,step into a ultra modern car and call it a Z. Nissan needs to follow the American market,lead by modern retro styled VW BUG(owned by Porsche by majority stock holdings),Ford Mustang,Dodge charger,ectra Made the car the enthusiasts had been screaming their lungs out for a retro car. Nissan must not build a future car ,with out giving their loyal enthusiasts what they have always wanted.A complete retro Datsun Z. With the looks of the original car ,interpreted in today's automotive language. Then and only then can Nissan create a ultra modern Z ,like the company is pining for.
Kj Hawkins wrote on October 29, 2017 - 9:26pm Permalink
Well,... i can tell you this much. This will be my last nissan vehicle. Max & 370z. But yes. Parts are outrageous. For the price of the cars the parts should be more dependable. I recently pulled over and got gas got back in the car and it would not start. The battery was fine it was not even a year old. Optimum battery. Had to get it towed to the dealership. Come to find out it was a steering column control mechanism. Which was number two since I have the car. The first one was put in by the dealership when I first bought the car which had 22,000 miles on it. The dealership put a new one in because it had a recall on that part. The recall is no longer covered by Nissan. From what I was told by Nissan consumer affairs. So I had to pay $906 to get my car fixed. And I know 4 other Nissan Z owners that have had the same problem. I'm really wanting to know if this steering column control mechanism is in any other Nissan Cars with the push button start. By the way that little steering column control mechanism box is under the steering wheel. Hey Nissan car designer. Are you going to use the same steering column control mechanism in your New Z that's coming out. I would like to give the emails to all 27 people I know with Nissan's that won't be buying another one again. Especially the eight people I know with 370Z's..... I hope all the 370Z owners that are reading this I wish you good luck and wish you well.
S2kss wrote on November 1, 2017 - 5:57pm Permalink
Unfortunate that you had to go through the steering lock issue. I did some extensive research before I bought the car and to prevent this issue all you need to do is unplug a brown fuse in the fuse box.
s2kss wrote on November 1, 2017 - 6:04pm Permalink
Lets be real the 370z is a pretty cheap car to own and maintain for the performance that you get not to mention you can work on it your self with pretty basic tools. Comparing it to a Toyota? Alright maybe the a Camry is better on maintenance, but lets compare it to something that is similar in performance like a E46 M3 or Z4m Coupe. Comparing it to the BMW's the 370z looks like a bargain for essentially the same performance.