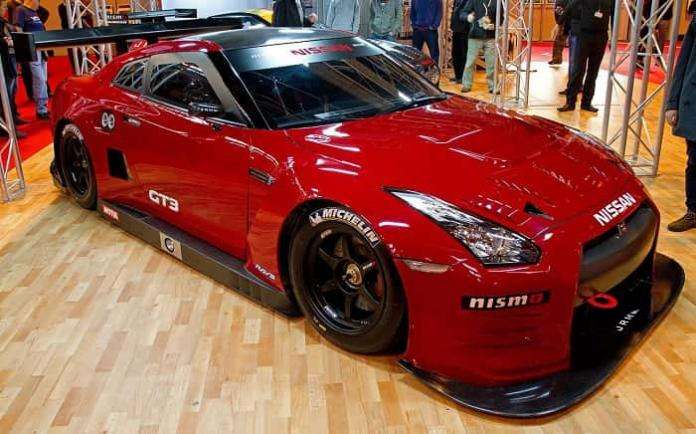 Nissan’s R35 GTR will be in production for an entire decade in 2018 and although it continues to be a fan favorite among the import crowd, it’s starting to show its age.
Advertisement

We continue to see insane horsepower R35’s, were talking 2000+ horsepower, demolishing drag strips and terrorizing street racing, which, will likely be continue to be the trend for some time seeing just how good the results can be. But ten years is a long time for a car to remain in production and its probably time for Nissan to give us something new.

So, let’s explore the possibilities of what the new Nissan GTR R36 could hold.

The technology that has been developed and implemented in cars since 2008 is immense. Lemans has bred the development of hybrid racing technology, no not Prius junk, but high performance electric motor used to boost launch’s and fill in power gaps. Nissan has been pushing the envelope in Lemans, developing hybrid technology racing on an insane front wheel drive, again that’s a front wheel drive lemans race car, in the prototype class. Blowing racing conventions out of the water in favor of engineered perfection for maximum efficiency. Now, I don’t think the R36 is going to end up being a front wheel drive car but the technology developed by Nissans racing team will undoubtedly find its way into the new GTR in some form or another. Nissan was ahead of the curve in 2008 with the all-wheel drive drivetrain which has now been adopted by most supercar manufacturers and is unlikely to disappear from the GTR an time soon.

The hybrid drivetrain seems like a sure bet to me, since the new Acura NSX which does employ a pretty impressive hybrid drivetrain and Honda is an at home competitor of Nissan’s which makes the competition a little fiercer. The GTR does also compete with Ferrari, Lamborghini, McLaren and the like as well. Most of whom have come out with multiple new models since the R35’s release and most of whom have which come out with a model involving hybrid technology as well. The twin turbo V6 with a hybrid electric assist should launch the GTR 0-60 even faster than the already blistering 2.7 seconds.

Stylistically, more aggression is on the books for sure. All Nissan vehicles, including their trucks, have steadily been becoming more and more aggressive in recent years. A few prototype renders have been outrageously mean looking but renders usually get toned down before their ever produced. All the designs thus far still harkening back to the original small grille style front facia. And do not indicate any change in motor placement.

We don’t expect to see too much of a price increase from the R35’s price point but if the R36 is completely jammed with new tech the price may yet reflect that. Still, rumors indicate something in the low $100,000 for the base models and up to the $180,000 creeping towards the $200,000 mark. A physical concept vehicle is not expected to be revealed until sometime in 2018 and the first deliveries aren’t likely until 2020. So, who knows, any number of things could change in the next 2 years before you can finally buy one.

Are you looking forward to the new GTR R26? What new tech do you think will be in the new GTR?