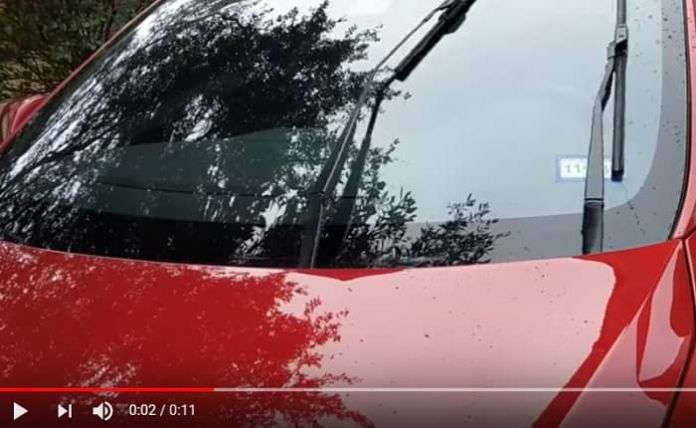 Comfort contributes to laziness and I am afraid Tesla's A.I. powered automatic windshield wipers may exactly do that. But this is the direction the entire automotive industry is going.
Advertisement

This morning Tesla CEO Elon Musk tweeted a Youtube video showing how Tesla's automatic windshield wipers work. They are powered by artificial intelligence. Note that Musk on several occasions rightfully has spoken out against the risks of artificial intelligence, but yet, Tesla is on the forefront of developing and using this intelligence in its cars.

Several days ago when Elon Musk introduced Tesla's upcoming 7 new updates he asked from current Tesla owners about ways that can further improve Model S, Model X and Model 3 cars. Many Tesla drivers asked for a feature to automatically change the speed of the windshield wipers based on how much rain there is. Tesla CEO said that this update would be “coming very soon”.

Today he tweeted Arm Suwarnaratana's video below, writing "Using a neural net to detect rain using cameras (no dedicated rain or sun sensors). Computers are very patient." By the way, does anyone know who Arm Suwarnaratana is? His Youtube Account has only 54 subscribers at the time of this writing. I assume he is a Tesla employee working on the project of automatic windshield wipers.

It's a funny video. But there is a question. Does the water have to hit the cameras? What happens if you spray a side camera?

Some people say this is nothing new as Hyundai has used it in 2008. But "Hyundai used a dedicated sensor (like older Teslas with AP1 hardware). The newer AP2 hardware does not have this sensor however, so this is being done via image recognition from the AP cameras," comments one user on this video's YouTube page.

While Tesla has not given up its ambition to develop a fully autonomous car, it has faced a series of hurdles to bring the features present on older cars to its newer models. "The company parted ways with Mobileye soon after the first fatality occurred using the semi-autonomous Autopilot mode. Tesla originally planned to smoothly move away from Mobileye chips by using its own system side-by-side, eventually removing Mobileye parts and continuing to develop its system into a fully autonomous driving solution. Musk told investors last February that Mobileye’s refusal meant Tesla had to “cross the rubicon” and ship its own, pared-down solution," reports Inverse.

Tesla's cars are getting smarter and smarter. But are people ready to give up the control of their cars to automated technologies? Let us know if you are happy with these growing number of A.I. powered updates in the comments section. Are you willing to give up that much control to A.I.? If you liked this article and think it may help your friends, consider sharing or tweeting it to your followers.